The National Energy Regulator of South Africa (NERSA) has issued a statement clarifying and put into proper perspective the consultation paper on the draft Rules for Registration of Small-Scale Embedded Generation (SSEG) published for written comments on 26 April 2018.

NERSA published a consultation paper on the draft Rules for Registration of Small-Scale Embedded Generation on 26 April 2018.

The purpose of the consultation paper was to invite written comments, views and inputs from stakeholders on the draft Rules.

The draft Rules were developed following the gazetted ‘Licensing Exemption and Registration Notice’ by the Minister of Energy on 10 November 2017.

The Minister is empowered by section 36(4) of the ERA to amend Schedule II. NERSA is bound by the gazetted Notice and is required to ensure its implementation, hence the draft Rules. The Rules will be processed following due regulatory process which includes stakeholders’ comments and inputs.

NERSA is committed to ensuring that Rules for Registration of Small-Scale Embedded Generation are processed or developed by following due regulatory process. Read more: Draconian Nersa rules to financially hit consumers again

Stakeholders will again be given an opportunity to provide their written comments, views and inputs. 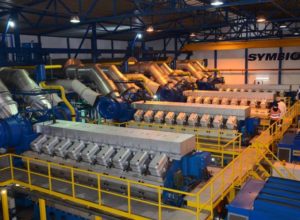 Message to governments and utilities: “protect your private investors”