The National Energy Regulator (NERSA) has now made it public that it has allowed Eskom to impose a 12.5% one-off increase in electricity tariffs. The Congress of South African Trade Unions reiterates its position published on 31st July 2014 when NERSA announced it had allowed Eskom to recover about R7.8bn for its “over-expenditure” over the 2010-2013 period.

COSATU represents millions of underpaid workers who cannot afford such outrageous increases in the prices of basic services, which negate the good work the democratic government has done since 1994 in rolling out electricity and other basic services to millions of working people who had been denied access to such services by the evil system of apartheid.

However, the 50kWh monthly free basic electricity that government has been providing to poor households is not enough to cushion them from these electricity tariff increases, thus forcing them to use dirty and dangerous sources of energy for cooking.

The main problem with the decision is that its rules make it legal for NERSA not to always consult the stakeholders when allowing Eskom to recover losses. We call on the Department of Public Enterprises, as the shareholder of Eskom, to investigate if these claimed over-expenditures are not linked to the delays in the completion of some of the units of the Medupi power station due to shoddy workmanship by private-sector contractors.

COSATU also reiterates its call for the review of NERSA’s multi-year-price determination methodology to make it mandatory for consultation with the stakeholders whenever an electricity licensee applies for revenue to cover ‘unforeseen costs’, irrespective of the amounts involved.

The federation objected strongly to NERSA’s awarding of Eskom an average of 25% tariff increase for the 2010-2013 period, given the negative impact high tariffs have on the workers and the poor in particular and the economy in general. This 12.5% decision is also a bad decision for the economy, which has only grown by a mere 0.6% in the second quarter of 2014 and shed thousands of jobs in the same period.

We have got no doubt that the much-publicised nuclear deal will entrench these high electricity tariffs trends with devastating effects on the working people and the economy broadly. This is why COSATU is opposed to nuclear energy because, over and above safety and other related problems, it requires massive resources which are ordinarily not available from the capital markets. 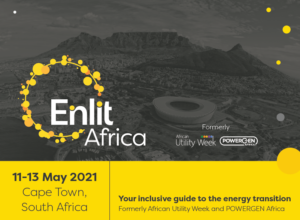