Finance minister Nhlanhla Nene announced yesterday during his 2015-2016 budget speech, his first as finance minister to the national assembly, that electricity tariffs would be temporarily increased by 2%. 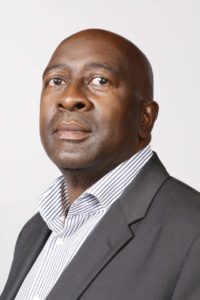 “The first proposal is a temporary increase in the electricity levy, from 3.5c/kWh to 5.5c/kWh”

Nene explained that necessity of the increase was to promote energy efficiency and assist in demand management.

“The additional 2c/kWh will be withdrawn when the electricity shortage is over”, Nene assured.

In addition, Nene proposed that an increase is needed in the energy-efficiency savings incentive up from 45 c/kWh to 95 c/kWh.

“In the absence of a carbon tax, the electricity levy serves both to promote energy efficiency and encourage lower greenhouse gas emissions”, Nene said.

“The introduction of a carbon tax in 2016 will provide an additional tool to deal more sustainably with the current electricity shortage, while lowering the electricity levy”.

“A draft carbon tax bill will be introduced later this year for a further round of public consultation. To ensure that the burden is fairly distributed, steps will be taken to ensure that the electricity levy applies to all users, especially energy-intensive users, while ensuring that there are no double-payments”, Nene concluded.

The need to drive the “accelerated depreciation” for solar photovoltaic renewable energy was a key consideration being addressed.

Government has allocated ZAR18 billion ($2 billion) to either connect 875 000 households to the national grid or to be linked to an off-grid electricity network.