In March 2014 Ncondezi Energy submitted a draft power purchase agreement to Mozambique’s state utility Electricidade de Mozambique (EdM) and made its application for the power concession to the Mozambican department of energy (DoE). Both EdM and the DoE have confirmed their commitment to work with Ncondezi to finalise these agreements by the end of the second quarter of 2014. This follows discussions that initiated at the beginning of the year that built on the parameters agreed in the Power Purchase Agreement Heads of Terms with EdM and the Power Framework Agreement with the DoE, which were signed and made effective in October and December of 2013 respectively.

The company also announced that the Engineering, Procurement and Construction (EPC) bids being received for a turnkey power plant solution, initial evaluation has confirmed that the power plant’s capital costs and build times are in line with expectations previously announced to the market, and project financing up to 85% of the EPC contract price may be achievable. Ncondezi expects to announce the preferred bidder in third quarter of 2014.

Norconsult, a recognised international engineering and design consultancy, was appointed during the first quarter of 2014 to manage the transmission line EPC process. Norconsult has significant experience working in the power and transmission sectors in Mozambique and has a good working relationship with EdM. With the design and technical work largely completed, the transmission line tender documents are in the final stages of the approval process and are targeted for distribution by the end of April 2014, with final bids due during the third quarter of 2014.

Ncondezi Energy owns 100% of the Ncondezi project which is located in Tete Province in northern Mozambique. The Company is developing an integrated thermal coal mine and power plant in phases of 300 MW phases, up to 1,800 MW. Commissioning is planned for 2017, followed by commercial operations in the first half of 2018. The first 300 MW phase is targeting domestic consumption in Mozambique using reinforced existing transmission capacity to meet current demand. 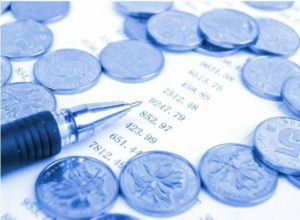