2 August 2012 – The Namibian reports that scrapping or fixing the compulsory surcharges which the country’s three regional electricity distributors (REDs) have to pay the local authorities will result in cheaper power for most consumers.

Electricity Control Board (ECB) chief executive officer Siseho Simasiku told the Namibian parliamentary committee on economics, natural resources and public administration that the regulator has devised three strategies regarding local authority surcharges (LASs) to benefit the consumer. LASs were implemented to ensure that local authorities weren’t financially worse off than before the REDs were established.

Simasiku says LASs can either be scrapped and government can subsidise the amount that local authorities lose as a result. This will cost government about US$26 million every year, but will mean that the consumer pays US1.6 cents per kilowatt hour (c/kWh) less.

Alternatively, Simasiku says, LASs should be fixed at US1.84 c/kWh and government should pay the difference between those LASs above that level and the fixed rate to local authorities.

Currently, the local authorities in Lüderitz, Gobabis, Otjiwarongo, Tsumeb and Henties Bay receive LASs from the appropriate RED of at least US2.45 c/kWh, while the one Grootfontein gets more than US4.83 c/kWh.

As a third option, Simasiku says, LASs should be fixed at US1.84 c/kWh and then reviewed every two to three years, allowing for inflationary increases.

"In the long run this will be in the best interest of the local authorities/regional councils, since the LASs will keep up with inflationary pressures but will be at regulated levels and can be reviewed in terms of affordability to ensure that all parties are protected."

However, he expects that the option "might get some revolt" from the local authorities, Simasiku said. In addition, it will only benefit customers in areas where the LASs are above US1.84 c/kWh.

The ECB therefore prefers the scrapping of the LASs and government picking up the tab. Simasiku says the ECB also believes that the tax burden of REDs is real and should be investigated. Erongo RED, Nored and Cenored recently called on the committee to exempt them from income tax, saying it is pushing up the price of electricity.

In addition, the REDs asked the committee to consider NamPower’s encroachment on large power users (LPUs) in the REDs’ areas. The REDs want LPUs to buy electricity directly from them and not NamPower.

Simasiku says the ECB is working on a project to address the issue. 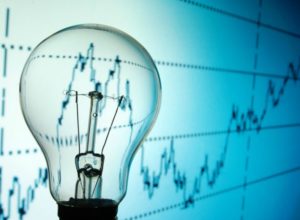 NERSA gives the green light to Eskom to increase tariffs