In Southern Africa, the Namibian Electricity Control Board (ECB) and the Minister of Mines and Energy are working on a bill to encourage independent power producers to apply for licences.

The news comes as the electricity regulator reports that it has not formulated a single off-taker agreement between an IPP and electric utility Nampower.

The draft mechanism will be submitted to the Cabinet Committee on Trade and Economic Development for endorsement before submission to Cabinet for approval, Namibia Economist reported.

The draft submission states that the lack of IPPs coming into operation has perpetuated the country’s reliance on electricity imports of up to 60% at times. “This is a serious risk and an impediment to the achievement of the country’s developmental goals.”

According to the Namibian Economist, last year the ECB, NamPower and the Ministry of Mines and Energy began with the interim Renewal Energy Feed-In Tariff (REFIT) plan which will allow for 27 IPPs, comprising solar PV, Concentrated Solar Power, biomass as well as wind, to be invited to tender for a combined 70MW renewal energy to be added to the national grid.

The capacity allocated to each IPP under the programme is limited to 5MW and NamPower will be the off-taker under power purchase agreements.

Successful IPPs to bridge a gap

This indicates that the IPPs with the highest chance of success will be located in these areas to reduce long distances in transmission.
The deadline for financial close for the REFIT programme is 15 June 2016.

The Namibian Economist reported that NamPower, the Ministry of Mines and Energy and the ECB have also completed bid documents for three 10MW solar PV plants.

The successful implementation of these programmes will substantially increase the uptake of renewable energy into the generation mix, as well as the involvement of the private sector in generation.

But essentially, the viability of all these projects will depend on NamPower to enforce off-taker agreements as the institution controls the distribution channels. 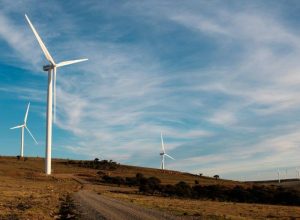 SA job market hinges on a consistent pipeline of RE projects