Windhoek, Namibia — ESI-AFRICA.COM — 14 October 2011 – The people of Namibia may have to brace for a chilly season next year, as there is a real possibility that available electricity at that time will not be adequate for the entire country’s needs.

Power utility Nampower’s current projections are of an 80 Megawatt (MW) shortage during next year’s winter season, and the shortfall is expected to reach 300MW in four years’ time. The mining sector is the main driver of the electricity demand, according to Nampower.

Reporting on the power situation “New Era” says that in addition, commissioning of the fourth unit at Ruacana is scheduled for March next year, adding 92MW to the current installed capacity of 240MW. Namibia’s demand for this year was recorded at 511MW compared to the country’s generation capacity of 406MW.

“The regional power supply situation is critical and Namibia, being a net importer of up to 60% of its national power requirements, will always be directly affected until the country has its own base load power station,” said Nampower managing director Paulinus Shilamba.

Nampower has already reached an agreement in principle with the Zimbabwe Electricity Supply Authority (Zesa) to extend their supply agreement for another period of approximately six months.

“We are doing everything in our power to put measures in place that will enable us to address the current and future power supply challenges,” said Shilamba. 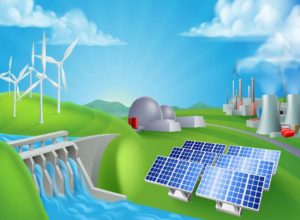