The agreement follows the authorisation by EDM for the direct supply of power by Aggreko to NamPower and will see the installed capacity of 122 MW split between the two utilities with EDM utilising up to 32 MW and NamPower up to 90 MW, based on the specific needs of both utilities.

Aggreko built the facility at Ressano Garcia in 2012 as part of an ambitious project in which it became the first cross-border, interim Independent Power Provider (IPP) to the Southern African Power Pool (SAPP). Under the first phase of the project, which started power production in July 2012, Aggreko and its joint-venture partner Shanduka supplies power to EDM for national energy requirements in Mozambique, and also generates power for the South African utility Eskom.

The success of this initial project, which is currently providing 110 MW of power to the two utilities, has enabled Aggreko to offer additional power to other members of the Southern African Power Pool, which is one of the largest interconnected grids in the world and links the power networks of nine countries in southern Africa.

By utilising the exceptional regional transmission infrastructure, Aggreko will be able to supply power generated in Mozambique to Namibia, more than 1,500 kilometres away, as well as locally to EDM. Both EDM and Eskom will play a key role in delivering this power to Namibia. EDM will transmit the power over its network to the South African border where NamPower will take delivery. Eskom on behalf of NamPower will handle the wheeling of the power across the South African grid network to Namibia.

The new 122 MW plant is scheduled to go into production in the second quarter of 2013 and will supply power for a minimum of two years. Natural gas to the project will be supplied by the Matola Gas Company SA through its gas infrastructure at Ressano Garcia and Aggreko will generate power utilising a sub-concession agreement with Gigawatt Mozambique SA. The total value of the project is likely to be in excess of US$200 million, including fuel costs.

Rupert Soames, chief executive of Aggreko says, “This new project will make Ressano Garcia the world’s largest cross-border interim power plant, with over 232 MW of gas-fuelled power generation. It underlines the immense potential of the Southern African Power Pool to be a real conduit of cooperation and development among the countries of Southern Africa. The fact that three national utilities are collaborating to support each other’s energy requirements is testament to the benefit of working together for the common good.” 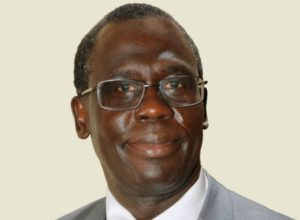