16 November 2009 – It has been reported that Brazil has plans to invest $300 million to develop infrastructure in Mozambique, which includes the building of a 1,000-kilometre north-south power line, linking hydro-electric, coal- and gas-fired power stations in central and northern Mozambique with the main consuming areas in the south. At present, Mozambique imports most of its power from neighbouring South Africa.

Brazil’s International Trade Minister Miguel Jose reiterated his government’s commitment to upgrade Nacala Airport in the northern province of Nampula and build a coal terminal in the central port city of Beira.

Jose, who is visiting the southern African nation with a 90-person-strong trade delegation, said the government was "just waiting for an official request by Mozambique in order to disburse the money" for the airport and coal export terminal. The airport is expected to cost around 50 million dollars.

Vale plans to export the coal to Brazil, Asia, the Middle East and Europe through Beira.

Another project earmarked for Brazilian support is the rehabilitation of a damn in Moamba, in the southern province of Maputo. The funds, which have already been approved by President Luis Inacio Lula da Silva’s executive, will take the form of loans that Mozambique would have between 12 to 15 years to repay, Jose was quoted as saying.

Bilateral trade between the former Portuguese colonies has surged in the past year, from 28.4 million dollars in 2008 to 102.5 million dollars from January to October this year.

That figures is almost entirely made up of Brazilian exports to Mozambique. Mozambique hopes the relationship will become more balanced when it begins exporting coal next year. 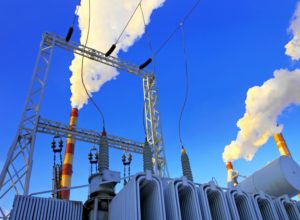