A Memorandum of Understanding was signed last month between the Chamber of Mines and Zesa, in which mines agreed to honour their bills in foreign currency.

Says Douglas Verden, Chamber of Mines acting chief executive, "Most of the mines who signed individual contracts with Zesa started receiving power supplies from 1 October. They pay in foreign currency to Zesa and receive the power supplies direct from Mozambique," he said, declining to name the companies benefitting from this 220MW scheme.

Severe power outages in Zimbabwe have affected mineral production in Zimbabwe, with gold production declining from 11 tonnes per annum to only eight tonnes, with monthly production of only 500 kilograms. 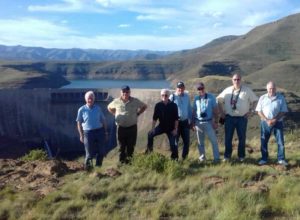