19 June 2012 – SSI Engineers and Environmental Consultants, in partnership with ADP Projects, have been working on the Morupule colliery expansion project for almost three years.

Morupule Colliery Ltd (MCL) is Botswana’s only operating coal mine, and has been in production since 1973, successfully progressing from a conventional drill and blast operation to a mechanised continuous miner operation in 2004.  The coal mine is situated in the eastern part of Botswana, about 14 km west of Palapye on the road to Serowe. The Morupule lease area contains a world class coal deposit, of which the coal is a medium to low grade sub-bituminous coal suitable for steam raising. The seam being mined is generally uniform, about 8.0 metres thick, and the mining horizon has very few or no markers within it. Mining horizon is typically controlled by mining with 1.0 metre of coal in the floor, and a mining height of 4.2 metre.

Approximately 2.5 metres of coal remains in the roof after mining. The mine life extends to at least 2032 (period of lease). Botswana currently obtains majority of its power from Eskom in neighbouring South Africa. The current agreement with Eskom runs out in 2012 at which time Botswana will need to supply the country with power generated by the Morupule complex. The Botswana government has authorised BPC to build a new 600 MW coal fired power station, and in return BPC has requested the Colliery to expand production to 2.8 million tonnes per annum (mtpa) in order to supply the new power station for 23 years.

ADP Projects is the appointed engineering contractor and SSI is appointed for the complete electrical, control and instrumentation (C&I) design, procurement and commissioning support. SSI’s involvement began in the pre-feasibility phase and has continued through feasibility, detailed design and implementation and during April this year the project was in final weeks of the construction and commissioning phase.

The scope of the project is to upgrade the existing mining infrastructure, materials handling systems, and processing plant in order to increase the total coal production from +1 mtpa to +3.2 mtpa. The upgrade will result in an electrical load increase for the mine from 4.0 MVA to 16 MVA.

The design and specification of the complete 11 kV and 550V/400V networks and systems on surface and underground comprise the following equipment/systems:

The C&I includes the full specification, design, selection and integration of:

The scope of work also includes the technical clarification, adjudication of all E&I tenders for all the equipment/systems and the quality management of all the equipment/systems during manufacturing and factory acceptance testing in order to ensure that they are built according to the designs. It also includes providing technical support to the contractors and project staff on site during the construction and commissioning phases of the project.

Design of instrumentation and electrical systems for an underground coal mine, particularly within the hazardous environment was a significant challenge for SSI.  This was overcome by in-depth research into the statutory as well as functional system requirements and current types of equipment used within the industry.

Another challenge, particularly for the automation system implementation, was to ensure that the fabrication of the system components and software systems was completed timeously so as not to delay the project. This was handled by ensuring that the specification of software components were based on a modular, object orientated model that could be easily modified on site. A further mitigation was to ensure that all automation components were networked and tested to the software prior to delivery to site.

A further client requirement dictated that all interface and integration testing between MCCs and the control system be implemented prior to site installation in order to minimise the risk of re-work of these components. This was achieved by relocating the control system IO panels and a simulation PLC to the MCC manufacturer’s premises to test and verify integration. 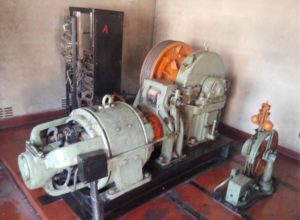