In North Africa, Morocco is preparing to launch a tender for adding an additional 850MW of wind generation capacity to the national grid, a source at the Moroccan electricity and water utility company (ONEE) told local daily L’economiste.

According to SeeNews Renewables, ONEE has shortlisted several major groups, which have met the pre-qualification requirements.

SeeNews Renewables reported that Moroccan Nareva Holding has teamed up with Enel Green Power and Siemens Wind Power AS, who are included in the shortlist.

Currently, Morocco has 787MW of installed wind generation capacity, which includes 300MW that came online at the end of 2014.

In December 2014, the Tarfaya Wind Farm, a 50:50 joint venture between the GDF SUEZ and Nareva Holding, reached commercial operation.

The generated clean power is expected to offset 900,000 tonnes of CO2 emissions per year and will power an estimated 1.5 million households, Clean Technica reported. 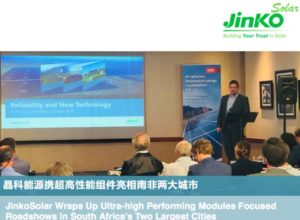