26 July 2013 – Demand for electricity in Libya is growing at an annual rate of 7%, according to the Libya Herald. In an article by George Grant and Ashraf Abdul Wahab it also reports that more than 70% of Libya’s electricity network has been repaired and reserviced following nine months of damage and neglect during the recent revolution.

The work has been completed in the face of numerous obstacles, including a lack of equipment, a significant absence of foreign companies still concerned about the security situation in Libya and the presence of landmines distributed during the war.

Mohammed Ali Ekhlat, the deputy minister of electricity & renewable energy, says that some employees had been killed by landmines whilst carrying out their work, whilst others had faced extremely challenging conditions following recent violence around Kufra, Sebha and the Zintan-Shagiga region in the Nafusa Mountains.

In 2010, the last year where figures have been recorded, peak demand for electricity reached 5,760 MW. Ekhlat says that rising residential electricity consumption is primarily responsible for the current growth in demand, in particular an increased use of air-conditioning units.

“We are asking people to reduce the amount of air conditioning they use, in particular during the peak hours of 8:00 pm to 11:00 pm.”

Residential electricity demand accounts for the biggest single share of overall consumption, representing 30% of the total. This is twice the amount used by industry, the next largest sector, which accounts for just 15% of electricity used in Libya.

Eklhat believes that additional maintenance to the network and the completion of new power units will enable Libya to meet the immediate growth in demand this year, although power cuts will continue to take place during the interceding period.

The country is also able to draw on electricity supplies from neighbouring Egypt, although work is still needed to connect the grid to Tunisia and Algeria.

“However, to really get on top of the problem we need to complete the construction of new power plants, and for that we need the foreign companies who were working on them to come back to Libya.”

Five new power plants were under construction before the revolution, in north Benghazi, Misrata, Obari, the Gulf of Sirte and west Tripoli. The majority of work was completed on the Benghazi, Misrata and Sirte plants, but the plants at Obari and Tripoli have much further to go.

Ekhlat says that serious operations have yet to resume at any of the sites because the foreign companies working on them, which included Hyundai, Siemens, Daewoo and Gama electronics are still assessing the security situation in the country.

In addition to new conventional power plants, Libya is also hoping to make use of its vast renewable energy potential. Containing large swathes of the Sahara desert, Libya has the second highest levels of solar radiation in the world, whilst high average wind speeds in several locations also make it an attractive destination for wind farms.

The ministry of electricity has declared its intention to make use of this potential and plans for 10% of Libya’s electricity supply to be covered by renewable energy sources by 2030. It has also been estimated that improvements in electricity usage could reduce total consumption by 2,160 MW by 2020.

For these plans to succeed, however, Libya’s security and political situations will need to stabilise to the point where both foreign and domestic companies are able and willing to provide the skills and investment needed. Political uncertainty surrounding the status of existing contracts and the agreement of new ones is inhibiting and the fighting around Kufra, Sebha and Zintan-Shagiga has damaged both transformers and power lines.

“We have now fixed all the damage caused in this fighting, but it does set things back”, Ekhlat says. “However, our workers have been fantastic. They can fix damage to cables and transformers in a matter of hours or days. But our message to those fighting is to stop and to refrain from shooting at our electrical equipment!” 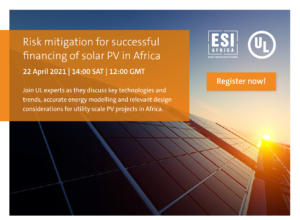