On Monday 2 March, Eskom’s coal-fired power plant Medupi’s Unit 6 was successfully synchronised to the national power grid for the first time and is currently being progressively tested and optimised to enable it to join the Eskom Generation fleet as a significant contributor to the country’s constrained power supply, Eskom said in a statement yesterday.

The power plant includes six units of an estimated 800MW each totalling the sum of 4800MW amounting to 12% of Eskom’s total installed capacity.

The synchronisation process will take time to ensure that the power it delivers is stable, consistent and reliable. In addition, this process is to make sure that the unit is safe to operate, and will perform exactly as designed for the next 50 years.

What has happened since its first synchronisation?

From its first synchronisation, the unit has been delivering 400MW, but because of the testing and combustion optimisation, this power is delivered intermittently, which will continue until it reaches optimum power estimated around the end of May 2015.

Further testing and fine-tuning will be performed until the Project is satisfied that the system is fully operable and reliable for final handover.

Following an illegal strike at Medupi on 25 March over completion bonuses and discrimination which since then Eskom has fired 1,000 workers for having previous warnings against them, Eskom evacuated the construction site to demonstrate to the staff how to regain production and how best to deal with persons who are engaging in illegal industrial action.

Meeting with the National Union for Metalworkers of South Africa

Eskom will meet with the unions to discuss the incident which happened last week at its coal-fired plant as Eskom said that they have invested significant sum of time and resources on the Partnership Agreement (PA) for the purposes of addressing the plight of workers and achieving peace and stability on the Medupi and Kusile projects.

After signing the PA workers were reaping the benefits from their improved working conditions resulting in higher work production.

The PA further created engagement platforms for all parties to the partnership to resolve areas of difference on the Employee Relations front, be it even on an urgent basis. This would therefore create conducive conditions for partners to work with each other in achieving peace, stability and production on the projects. Eskom expects all the parties involved to double their efforts in order to maintain long-term site stability and achieve desired levels of productivity. 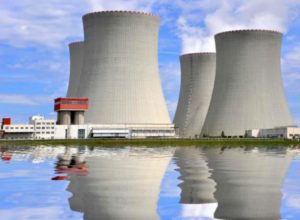