Eskom says the first unit of the 4,746 MW Medupi coal fired power station (comprising six 794 MW units) is planned to be complete in the second half of 2014. Medupi terracing work done by Roshcon commenced in May 2007.

The Medupi first civil concrete pouring took place on 18th of July 2008. The utility reports that during 2014 there have been challenges as a result of high rainfall impacting production progress at the Medupi project. However, it says the work on Unit 6, the first that will be commissioned, was not impacted as the unit is fully enclosed.

All 64 air-cooled condenser fans on Unit 6 have been commissioned and are undergoing optimisation. Two of the three boiler feed pump motors were started and tested on the 1st of March 2014. Unit 6 control and instrumentation cabling installation is improving, with a continuous upwards trend in most areas. The Unit 6 boiler re-heater welds are complete and ready for inspection.

Separators are in place with welding 89% complete. The purpose of the separator is to separate the steam and steam water droplets. On the turbine works boiler feed pumps 11 and 12 motors commissioning has started. The incoming coal system from the 10,000 tonne coal silo is operational. The under silo feeder conveyors at the silo were successfully commissioned together with the direct current supplies in January 2014. Although the system is live, no coal will be transported to the coal stock yard, until the successful commissioning of the stacker and the repairs on the eastern seasonal stockpile have been completed.

Overall 20,200 tonnes of structural steel were used for first unit boiler construction. Eskom also says that 1.2 million cubic meters of concrete have been placed to date on site, that 250 cranes are used on site (the largest with a capacity of 1,200 tonnes). It also says the town of Lephalale’s gross domestic product has increased by about 95% per year as a result of the construction activities. About 50% of the Medupi project cost is committed and spent locally. 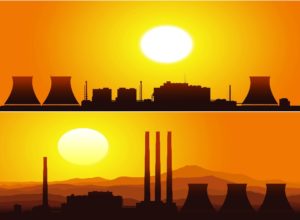