Hitherto, the State-owned utility had indicated a capital cost of R100-billion for the megaproject, which represented about 11% of Eskom’s installed base.

The National Treasury referred to the new capital expenditure figure in a statement issued to confirm the approval of a €1,86-billion (R20,7-billion) loan by the African Development Bank (AfDB) for the Medupi coal-fired power station.

"The total cost of the Medupi project is estimated at R124,42-billion, and the AfDB funding will be used to fund the supply and installation of boilers and turbo-generators," the National Treasury stated, adding that the loan would flow directly to Eskom with a sovereign guarantee from government.

The loan, which follows a $500-million loan from the AfDB to Eskom in 2008, was the biggest ever approved by the AfDB and was also the largest in its portfolio of 16 South African projects.

The announcement came as Eskom was putting the final touches to a new tariff application, which would be submitted to the National Energy Regulator of South Africa (Nersa) on Monday, November 30.

The new application was likely to be substantially lower that the initial application of September 30, in which Eskom applied for increases of 45% a year for the three-year period from April 1, 2010, through to March 31, 2013.

But confirmation of the inflated Medupi price tag is also suggestive that any lower tariff request would have implications for Eskom’s second coal-fired project, Kusile, which is currently being built in Mpumalanga province.

Eskom has already confirmed that it has been holding back on award of some contracts at Kusile, whose price tag is also likely to have climbed from the R111-billion level quoted recently.

The already confirmed contract delays would affect the project’s overall delivery schedule, but a longer delay is now also likely.

The utility has indicated that it does not want to "over-commit" itself in the context of lower demand levels, which may also be relatively modest post the recession, owing to the fact that Rio Tinto Alcan had decided to terminate plans for a proposed $2,7-billion aluminium smelter project, in the Eastern Cape.

Further, discussions with potential independent power producers (IPPs) were progressing, which could enable South Africa to meet some of its supply-side objectives, in the event of Kusile’s delay.

Earlier this week, South Africa’s Public Enterprises Minister Barbara Hogan indicated that some 4 500 MW worth of IPP base-load capacity could arise from the 23 bidders that had been prequalified under Eskom’s various IPP programmes.

However, the utility would only conclude the Power Purchase Agreements (PPAs) once the cost recovery mechanism had been fully clarified by Nersa and once the Department of Energy had published the Integrated Resource Plan (IRP), which would indicate how much capacity had been allocated to IPPs.

It has been reported that an inter-Ministerial committee met this week to discuss the latest versions of the IRP and that the plan would be put before Cabinet before the end of the year.

Some industry observers have suggested that, should the contracts be secured with IPPs, the Kusile project could be delayed by up to 36 months, which would relieve the current cash flow pressure on Eskom and allow for a less dramatic increase in tariffs.

The Kusile facility was designed to add 4 800 MW to South Africa’s power-stressed grid by 2017, with the first unit having initially been scheduled to come on stream in 2013. The first unit at the near-identical Medupi project, being built near Lephalale, in Limpopo province, was still scheduled for the first quarter of 2012.

Brian Dames, Chief Officer for Generation said that Eskom would engage with its suppliers to "optimise the construction schedule" between Medupi and Kusile in light of changed circumstances and that Eskom would attempt to seek a solution that was beneficial to all participants so as to avoid penalties. 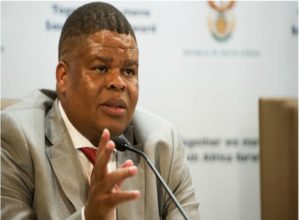