Much has been said about the dramatic drop in the price of PV panels worldwide, but in achieving this low cost it is important to remember that there can be associated risks in the long term reliability of solar facilities.

Dr Stephan Padlewski, marketing manager for Europe, Middle East and Africa at DuPont Photovoltaic Solutions, says the cost of a photovoltaic (PV) system is often expressed as cost-per-Watt. “However, cost-per-Watt only describes the purchase price for the initial power capacity for a solar panel; it does not express the overall cost of system ownership.

“In today’s highly competitive market, on-going PV system cost reductions will continue, but savings must be balanced by risk to get the best long-term investment returns from a system. Changes to a component’s design, bill of materials and/or manufacturing practices may lower PV system cost-per-Watt, but it can mean higher levelised cost of energy (LCOE) if it results in decreased lifetime, faster power degradation and/or increased performance risk.”

His key message to everyone installing and financing PV systems is that to ensure long term performance it is not sufficient just to select well known suppliers of modules. “People typically look at tier one suppliers with a good track record. We at DuPont are saying it is not sufficient, and that one needs to go one level down the value chain and know what materials these suppliers have chosen and used,” Padlewski says. “It can have a dramatic impact in terms of reliability and durability.” Reliability means no early-onset catastrophic failure. Durability means minimal annual power degradation.

“To minimise potential issues in the field, we recommend that PV system developers and engineering procurement construction (EPC) contractors work with module manufacturers with a solid track record from a quality assurance perspective. This includes having a Bill of Materials (BoM) specification as discussed above to minimise failure risks linked to the use of unproven materials.” Many system owners believe that warranties and bankability status will help protect their investment; however, these are no longer effective, on their own, to mitigate risk.

There is a race for survival in the solar industry today, fuelled by the drive to achieve grid parity, and exacerbated by industry overcapacity. As costs are being cut, some manufacturers are substituting unproven and inferior materials that threaten system durability and lifetime. Sacrificing quality for cost is a trade-off that has the potential to create widespread system failures and to give the entire solar industry a black eye at a critical time in its growth.

Four-year-old fielded PV module from a ground-mounted installation in Spain, displaying deep cracks partially highlighted with marker pen and degradation of the PET backsheet on a hot spot cell (yellowing and cracking).

DuPont, which has been supplying specialty materials to the solar industry for over 30 years, says there are three key materials that should be carefully considered in context of PV panels. These are metallisation pastes, encapsulation materials and backsheet materials. It is well positioned to discuss these issues since about half of the 400 million solar panels estimated to have been installed since 1975 have DuPont materials inside them.

Photovoltaic metallisation pastes boost the efficiency of solar cells to deliver significantly more power output from solar panels. Every 1% improvement in sunlight conversion efficiency could result in a 6% cut in the cost of the overall solar power generation system. DuPont says that its Solamet pastes have essentially doubled cell efficiency over the past 12 years.

Encapsulation materials surround and protect solar cells and panel circuitry. While Ethylene vinyl-acetate (EVA) has been widely used, degradation in external environments has been increasingly observed. Many are now considering DuPont’s ionomer encapsulants, which were recently shown in independent testing to be at least 25 times more effective than standard EVA encapsulants in preventing potential induced degradation (PID), an increasing cause of solar panel failure. Additionally, ionomer has almost two decades of field use as an encapsulant, and has demonstrated its effectiveness in both reliability and durability.

DuPont’s Tedlar polyvinyl fluoride (PVF) film, used in the backsheet of solar panels, has set the standard in the industry because it is the only product that has been field-proven to deliver high performance in all climates for more than 30 years. Alternatives to Tedlar are all relatively new materials for use in solar and are unproven in the field for long term (> 25 years) use. These backsheet materials are lab-tested in a way that artificially accelerates the effects of aging versus being fieldtested over significant periods of time. Unfortunately, lab tests do not accurately predict lifetime performance.

The company also suggests looking at the use of polymeric materials to displace glass and metal parts, used to redesign the framing and/or the laminate itself to facilitate the module installation and hence reduce the balance of system costs.

Related to the materials used, an issue the PV industry faces is that the existing well recognised test standards, such as IEC 61215 that covers photovoltaic modules, do not cover long term stress performance in the field. “IEC 61215 is the industry testing standard for quality assurance, but is not really meant to simulate real outdoor conditions, or to ensure the long-term performance of the module over its expected lifetime.”

Four-year-old fielded PV module from a ground-mounted installation in Spain – PET backsheet outer layer delaminated in the hot spot area. A deep crack is also visible in the same region.

Another issue is that the PV industry has only recently begun operating commercially on a large scale global basis, and even more recently in countries outside those of the moderate climates where the sector grew up. The PV sector grew up in countries with relatively low ultraviolet irradiation and low thermal cycling. The north west of South Africa where PV projects are being undertaken features dry dusty environments, high UV irradiation and high thermal cycling. Worse is that the thermal cycling is not compared in testing in parallel with other stress tests, but sequentially. In addition, the panels in South Africa will receive UV irradiation both from the front and from reflection off the ground. The ground in South Africa can have an albedo of 10% to 12% and one has to take into account that accumulatively over 20 to 25 years all this equates to 275 kWh/m2 over the lifetime of a panel. Meanwhile, the IEC standard only asks for 15 kWh/m2 as UV preconditioning and from front side irradiation only, which means that the backsheet may not receive any UV irradiation at all.

Thus a module being installed on a rooftop in Bavaria, Germany, will not need to perform in quite the same way as a ground-mounted installation in the most arid climatic conditions found in sunbelt countries. “Today the industry has not yet grappled with photovoltaic segmentation by geography and/or by type of application,” Padlewski says.

“The industry is now beginning to try to correlate what happens in the field, and we see a need to combine stress tests, that can more accurately replicate potential problems that could occur.” In 2011, DuPont initiated an international study of PV modules obtained from all kinds of geographies and climates. The focus of the study was on reliability and other issues affecting the integrity of PV modules.

Typical defects associated with backsheets include delamination, cracking, discoloration and loss of insulation. “There were many examples of modules produced with polyester (PET) based backsheets exhibiting issues such as cracking and yellowing, which leads to module failure.” While the panels will still initially function from a power standpoint, these issues translate rapidly to functional degradation. “The worrying part is one is not dealing with one out of a thousand panels, but in some cases with every panel of the whole plant.” These issues were not observed in the modules made with Tedlar-based backsheets. Yellowing is a sign of polymer degradation and an early indicator of a performance problem. Cracking is a more severe form of backsheet degradation that is a consequence of thermal cycling.

This does not imply a major or fatal flaw in PV technology and it is an easy issue to rectify up front, but it requires the use of appropriate materials for ground based installations in demanding climatic environments. “We would recommend that an EPC use Tedlar, TPT, backsheets, a tri-layer structure made of two outer layers of Tedlar polyvinyl fluoride film and an inner layer of polyester. This is still today the only backsheet material with a proven track record of more than 30 years in the field. We have data on very old modules with this type of material which are still functional.”

DuPont suggests that it is critical for the PV industry to develop new testing processes and protocols to better capture the real life stress environment a module is subjected to over its lifetime. The company recommends higher UV testing combined with thermal stress intensity. This provides a good correlation observed between laboratory accelerated aging testing and field data that DuPont has collected.

“In the meantime we recommend that EPCs and module manufacturers utilise materials with a proven field track record,” Padlewski says.

While the materials in PV panels are important, manufacturing processes also play a vital role. How a module is assembled, and how its key components react with one another during manufacturing has an impact on how well the module will perform in the field. For example, shortening the cure time of the EVA encapsulant during the module lamination process can impact field performance. In addition, installation is important. “We have seen mechanical or electrical problems due to poor installation practices that can induce performance issues. To help prevent this, it is critical that operators are properly trained,” Padlewski says.

The awareness of the materials issues to be considered in PV facilities is new, not only in countries like South Africa where the sector is emerging. Solar PV is a rapidly evolving sector and DuPont believes that in the future PV materials will enable modules with higher power efficiencies, thus improving the total cost of ownership. “In addition, a new set of circuitised backsheets will deliver modules with improved power performance by utilising back contacted cell architectures.” 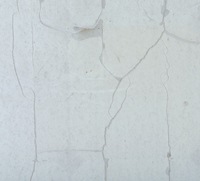 Five-year-old fielded PV module from a ground-mounted installation in Spain – vertical cracks highlight the position of increased backsheet stress behind the soldering ribbons.

Materials will also contribute towards more cost-effective balance of system (BoS) approaches, which will bring solar power into the mainstream and ensure that it remains a sound business opportunity for developers and installers. New e-Frame integrated polymer module frames for rooftop solar panels are an example of components that are easy to assemble, quick to install and weigh up to 20% less than the metal incumbent. Compared to traditional PV systems, there are fewer parts, allowing easier and faster installation, eliminating wiring and grounding since there are no metal parts, and requiring no tools, all of which result in BoS cost reductions.

In the future rigid glass panels may also be replaced by transparent and durable front polymer sheets thus enabling much lighter PV modules, offering a variety of design and installation opportunities. “We expect crystalline silicon to remain the dominant PV technology for the foreseeable future. Thin film PV will continue to progress by utilising materials that are printed in flexible substrates and have characteristics so they can be more tightly integrated into the shapes and surfaces of buildings,” Padlewski concludes.