Johannesburg, South Africa — ESI-AFRICA.COM — 07 January 2011 – Indications are that the lack of new power stations in South Africa will finally catch up with the country this year and it’s going to take a massive team effort from all parties concerned to avoid a repetition of the load shedding experienced in 2008.
Eskom CEO Brian Dames says that Eskom has repeatedly warned that the South African power network will be under massive pressure in 2011 and 2012, because of this lack of new generating capacity.

“Now 2011 is here, and we can confirm that the power network is under pressure,” Dames told the media here. Eskom’s new power stations will only start producing power in 2013, and Dames said it was going to demand a team effort like never before to manage the network until then.

“If adequate steps aren’t taken to manage the gap between the demand for power and the available power, the deficit this year will be as much as 6 terawatt hours. That’s equal to the amount of power that a city like Cape Town uses in one year,” he explained.
Eskom’s total power capacity at present is 41 500MW, of which 1 500MW are imported from Cahora Bassa.

“The total demand for power at the moment is 30 000MW at peak times. That’s expected to increase to 32 000MW in the next two weeks,” Dames said. “However,” he added, “Eskom expects the demand during this year’s winter months to rise further to 38 000MW.”
That leaves a reserve of only 3 500MW for unforeseen power problems. This reserve should normally be 15% of the total power network. But, in the coming winter it will therefore fall to just over 8%.

“Our power stations are between 30 and 40 years old, and unexpected short circuits and unavailability of power stations occur frequently,” Dames said.
Dames said that Eskom is looking at various ways of managing the situation. This includes the use of diesel-driven power generators.

“This option is very expensive, but at peak times when demand is at its highest, that would be an essential expenditure. Another option is to negotiate contracts with independent power suppliers as soon as possible. We have already signed contracts with four parties to provide up to 287MW of power in the future. Finally, we are appealing to all South Africans to save as much power as possible.” 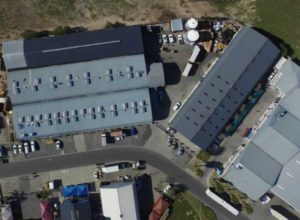