25 June 2012 – The renewable energy space is expected to see a high level of M&A activity in the next 12 months despite changes to government incentive schemes in Europe and regulatory uncertainty in the United States, according to the third edition of M&A in Renewable Energy – Global Outlook 2012.

The wind and photovoltaic (PV) subsectors are expected to experience the most significant M&A activity and respondents, drawn from 100 renewable energy M&A professionals in the corporate, investment banking and private equity communities, believe both wind and PV will achieve grid parity as early as 2015 or 2016 in Germany, Italy and Spain.

As far as specific geographies are concerned, 46% of respondents expect the highest levels of M&A to come from the Asia-Pacific region, followed by Europe and North America. The experts frequently note rising demand and a desire for energy independence as important motivations for renewable energy development in emerging markets.

Respondents expect government support (76%) and cash-rich corporate buyers (47%) to be the most significant external drivers of M&A in the next 12 months. The top internal drivers include an acquirers’ appetite for new technology (72%) and their desire to grow market share (62%), followed by attractively low valuations.

Recent M&A data shows the renewable energy sector has proved remarkably resilient despite Euro zone volatility, constrained bank lending and changes to government incentive programmes. In 2011 the sector saw 210 deals worth €25 billion, representing a 135% increase in value and a modest 2% increase in volume against 2010.

Additional findings in the report include:

Ulrike Brückner, Rödl & Partner (together with mergermarket, Rödl & Partner is the publisher of the report), Berlin/Johannesburg, says, "The recent introduction of supportive programmes by several African governments, particularly in South Africa, will promote the establishment of a private sector in the respective markets. The enormous size of many of the projects will lead to an increase in transactions in the sector.” 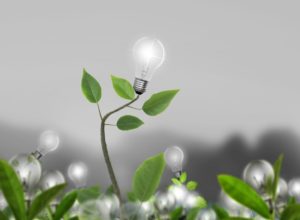