18 March 2008 – Paul Mubiru, the commission in charge of energy resources for Uganda has revealed that the government will reduce power tariffs in 2009.

"We are installing heavy-fuel oil plants to replace the expensive diesel thermal plants. That will make the cost of power cheaper," he explained.

"Already, works on Bujagali hydropower plant are in progress. Construction of the Karuma hydropower plant will start this year. Once Karuma, Bujagali and the heavy-fuel plants are on line, electricity prices will come down.

" Electricity losses are about 40%. This is factored into the end-user tariffs, which all of us have to pay. The public should join hands to fight power theft in order to bring down the tariffs," he said.

Construction is already underway for 50MW heavy-duel oil generators at Namanve sub-statio with power expected on line in June. A similar, 10MW plant is being built by Electro-Maxx in Tororo and Israeli firm, Invespro, intends building a 100MW plant in Mukono by the end of the year.

"The overall objective is to save electricity during peak hours by switching water heating in households and institutions from grid electricity to solar energy," he said.

In 2007 the Ugandan government distributed 800 000 energy efficient light bulbs, resulting in a saving of 30MW. . 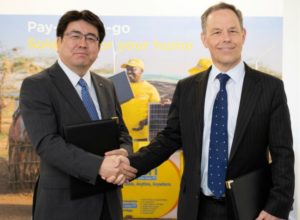