Platinum Power, a subsidiary of private equity firm Brookstone Partners, signed a framework public-private partnership agreement with the Cameroonian government at the beginning of July to build a 400MW capacity complex in Makay, in the country’s Central Region.

The government of Cameroon’s in-house legal advisers assisted the Ministry of Energy on the hydroelectric deal.

Construction of the new hydroelectric power plant, which will help increase the electrical capacity of the country by 30%, will begin in 2017 with completion set for 2020.

Francois April, projects partner at Linklaters said: “Given the power deficit and blackouts that occur in this region on a regular basis, this [hydroelectric] project will deliver real tangible benefits. Out of the 1 billion people living in Africa, only 25% have access to electricity.

“Due to the vigorous demography of the continent, 10 million more people every year will need access to power, which provides for very exciting power development opportunities.”

Private equity interest in Africa is growing, according to an April 2015 report authored by Allen & Overy and Global Counsel, which found “for those with the appetite to take it on, the focus on traditional sectors – energy and mining – are being bolstered and even overtaken by exciting opportunities in new markets in both West and East Africa”.

Evidence to support interest in infrastructure investment can be seen in other recent energy projects being undertaken in the region such as the Kpone Independent Power Plant project in Ghana.

The investment comes at a time of heightened risk awareness across the oil-rich region, following a string of recent terrorist attacks in Maroua, the capital of the Far North Region of the country, close to the border with Nigeria and Chad.

Cameroon’s commercial hubs, Douala, in the south, and the capital, Yaoundé, have tightened security to respond to the heightened threat level. 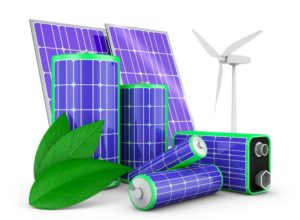