Monrovia, Liberia — ESI-AFRICA.COM — 12 April 2011 – Brazilian mining giant Vale SA is in talks with the Liberian government about the reconstruction of an unused hydro-power plant in the West African country, according to Liberia president Ellen Johnson Sirleaf.

“The discussions with Vale are continuing. There are many issues still to be sorted out,” the president said on the sidelines of a three-day oil, gas and mineral resources conference in the Liberian capital. “Some of these have to do with external partners,” she added.

Liberia is in the process of rebuilding after 14 years of virtually constant conflict, which ended in 2003. It has struck six major iron ore deals with foreign firms, with investments totalling over US$10 billion, but the country’s infrastructure remains in tatters.

If re-vamped, the Mount Coffee hydro-power plant could raise the country’s power generation from virtually nothing to 1,000MW.

Sirleaf declined to give further details about the discussions but said: “I can assure you that by next month, we hope to conclude the Vale deal. We will know the status on the negotiations by next month.”

Vale is on record as having said last year that it planned to invest in Liberia. 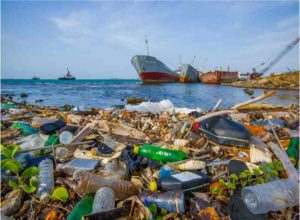