Former director and chairperson of state utility Eskom Zola Tsotsi had been urging the Department of Energy to implement three “necessary” short-term energy solutions prior to his dismissal from his position, the City Press reported yesterday.

These plans appear to support the “misconduct involving dishonesty” allegations made against Tsotsi earlier this year, which has recently seen him step down from his executive position.

According to the newspaper, in the letter Tsotsi asks the minister to give Eskom consent to “engage and conclude all required measures to enable speedy implementation of these projects”.

Tsotsi provided Joemat-Pettersson with three energy solution plans, which he had compiled without consulting other executive Eskom members, a violation of the utility’s tender requirements and commercial processes.

The first plan involved the restoration of the 500MW Ingagane Power Station in Newcastle, a project which was terminated two decades ago. “We believe this project must be advanced”, Tsotsi stated despite the plant being dissected for scrap and parts according to the City Press, which visited the site in January 2015. Tsotsi urged that “a power-purchase agreement needed to be concluded with the preferred bidder from 2010, the Southern Africa Power Consortium”, the City Press reported.

Tsotsi’s second plan was to employ a tender received by a co-generation company trading as Phambili Mzantsi, which claimed it could “add up to 1,000MW within the space of a few months. Eskom is keen to engage this group pending authorisation from the minister”, Tsotsi wrote.

Sisa Njikelana, chairperson of the SA Independent Power Producers’ Association, and the City Press could not find any evidence that this company is in existence, let alone operating as a registered business.

Njikelana told City Press that a project of that scale could not be undertaken by such a small company. “It could be done by a group of companies. You’d need to be the size of an Eskom, or half an Eskom. You can’t have a little-known company do such a massive thing.”

The final plan involved the utilisation of seaborne power stations from the Turkish group Karadeniz.

According to City Press: “The company pitched Eskom a plan involving one 500MW power ship within six months and another 500MW ship every four months thereafter.”

“Our assessment of their proposal is it is sound and represents a real and swift option to augment our supply options,” Tsotsi said in his letter.

Karadeniz confirmed it had reached out to Eskom with a proposal. This week, Eskom was less enthusiastic. It acknowledged that Karadeniz had approached it, but said many similar companies were also knocking at the door.

“As there are a number of potential suppliers of power ships, barges, containerised generators and fuel suppliers, it is necessary to ensure a fair and transparent engagement. As the right with regard to the procurement of power rests with the Department of Energy, they have all been referred to the anticipated gas-fired power procurement programme,” Eskom told the City Press.

The utilisation of power ships is not a new rodeo for Eskom, according to an earlier report by Moneyweb, the parastatal rented a barge-mounted turbine in 2006 to supply power to the Western Cape as the nuclear power station, Koeberg had an issue with an errant bolt.

Karadeniz claims that its ships “are high technology floating power plants designed and constructed to fulfill the urgent electricity needs of countries through rental contracts of power purchase agreements (PPA). The powerships are delivered to client countries as a complete power plant ready to operate immediately. The capacity of individual ships range from 45MW to 500MW.” 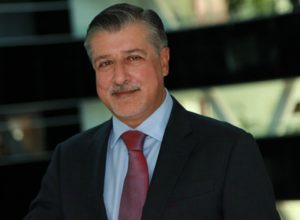