A history of undertaking projects in conjunction with Bateman Africa, recently led to the Cosira group being awarded two contracts on the Kusile power station project. “In addition to the ongoing construction of the steam turbine hall for the power station in a joint venture with Tubular and the wet flue gas desulphurisation project in consortium with Alstom, we have been awarded two new power station related projects. We were considered to be a very strong contender for the Kusile stockyard and terrace contracts,” John da Silva, CEO for the Cosira group, says. 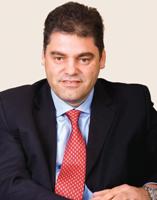 The scope of work on both of the contracts entails the detailing, supply, fabrication, galvanising, delivery, erection and commissioning of structural and conveyor steelwork. The stockyard contract, with 2,300 tonnes of steel, commenced in March 2012 and is due for completion in December 2013. The coal and ash handling terrace involves 3,000 tonnes of steel and has a project timeline of 42 months, with commissioning scheduled for July 2016.

Allard van Dijk, project manager for the terrace project, says, “Our in-house fabrication facility allows us to mitigate against risk for the critical scope of the works. In addition, our experience in scheduling deliveries timeously and in accordance with construction schedules, while monitoring and maintaining performance levels to the nth degree, provides Bateman Africa with the confidence levels so necessary on a project of this magnitude.”

“We have subcontracted niche functions, such as the galvanising, handrails and grating, to companies who specialise in these areas. In this way, the client will be assured of the highest possible quality levels on all deliverables,” says Reinaldo Pinheiro, project manager for the stockyard project.

“We have been asked to execute a phased delivery for both contracts in accordance with the overall construction programme and will undertake all fabrication off-site,” da Silva says. “We will use a combination of our own transportation and additional delivery services sourced from black-owned and black women-owned small medium and micro-enterprises (SMMEs) from the communities surrounding the project site.”

The contract awards were contingent upon two prerequisites over and above the company’s construction capabilities. “We were required to employ preferential procurement procedures and a very specific training programme was outlined for execution,” Pinheiro says. “In addition to the fact that we are currently upskilling our own personnel, we are also required to source and train candidates from the local community. On the terrace contract we need to train six mechanical technicians to professionally registered and recognised (PR) status; six mechanical artisans to N3 level; three coded welders and six general workers to a skilled level. The stockyard requirement is for two mechanical technicians to PR status; two mechanical artisans to N3 level; one coded welder and four general workers.”

“The fact that the Cosira group was concurrently awarded two further very substantial contracts for the Kusile power station project is verification of our reputation as a steel fabrication company that has proved itself in a tough and demanding industry,” Da Silva concludes. 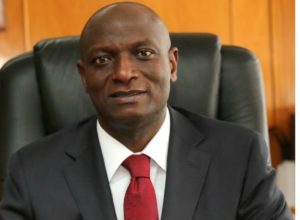