19 October 2009 – New transformers which do not use oil will be introduced by Kenya Power and Lighting Company as part of an initiative to cut the losses it incurs through vandalism.

The power distributor says the move will complement its high profile media campaigns to rein-in thieves, among them Mulika Mwizi initiative.

“We are considering introducing generators which do not use the oil, which is the reason why they are a target by the thieves,” said KPLC managing director Joseph Njoroge.

According to the chief corporate communications officer Migwi Theuri, the company is in the process of floating tenders for the first batch which will be used on pilot basis before being adopted.

KPLC estimates the cost of vandalism at Sh1.2 billion yearly. Among the measures the government has taken is effecting a ban on export of scrap metal during this year’s budget. Transformer oil, copper, aluminium and steel bracing are the main targets by the thieves.

Although vandalism of electricity transmission and distribution equipment is not unique to Kenya, the vice has escalated in recent years with Nairobi registering the highest incidents estimated at 70 per cent and Mt Kenya region 25 per cent.

Theft has also increased in Western Kenya, according to the operations and maintenance engineer Kipkemoi Kibas who in August said the company had lost Sh100 million.

KPLC says it has lost 1,382 transformers and 167 kilometres of power cables with an estimated value of over Sh7 billion over the last five years.

Other associated losses include costs of restoration, loss of revenue for the company and slowdown of economic activities in the affected areas.

Apart from exposing the public to threat of loss of life, insecurity escalates when these areas are plunged into darkness, hence negatively affecting businesses. Not even the stiff penalties that include a fine of Sh1 million and between one an two years jail term have deterred thieves.

The problem, according to sources is that some of its current staff and former employees, with the technical knowledge are involved in vandalising the equipment that has a ready black market.

Following the ban, the company said thieves have changed tact and mode of operation. Where initially they were stealing aluminium and copper conductors, they now target transformer copper windings.

“Today, they are interested in siphoning transformer oil. They drain the oil gradually causing the transformer to take sometime before failing. As such they are long gone by the time the community realises their transformer is vandalised,” said Mr Theuri. 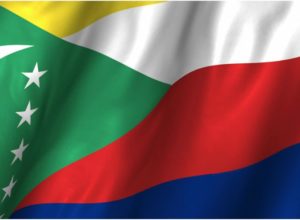