Nairobi, Kenya — ESI-AFRICA.COM — 31 August 2011 – The government of Kenya plans to issue a tender in December for the construction of a US$300 million fuel pipeline to replace an older one and help meet rising demand for commodities in the East African region.

Revealing this here, Energy Ministry permanent secretary Patrick Nyoike said local banks would finance the tender to build the pipeline, which would run from the port city of Mombasa to the Kenyan capital.

“Currently we have a 14-inch pipeline. We are going to build a much bigger pipeline than that to take into account the rising demand in Kenya and the region,” Nyoike stated. “By maybe December we might be tendering for a new pipeline and that process will require some substantial financing from the private sector.”

Nyoike told a briefing during a US$13.5 million loan signing agreement between Barclays Bank of Kenya and Kenya Petroleum Refineries (KPRL) to install a 10MW power plant at a refinery, that the ageing pipeline had lived beyond its 30-year lifespan.

“So the time for renewal has come. Every once in a while we have had major ruptures, due to age, fatigue and corrosion. We cannot go forward, we need to replace this pipeline by December 14 at the latest,” said Nyoike.

Kenya has faced constant fuel shortages in the recent past, primarily due to inefficiencies of the refinery almost crippling the economy, which depends heavily on the commodity for transport, lighting and agriculture.

In total, Kenya would be seeking over US$1 billion to raise the capacity of its sole crude oil refinery, to process 4Mt of crude per year from 2.6Mt now. 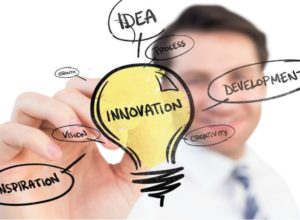