Nairobi, Kenya — ESI-AFRICA.COM — 05 August 2011 – Kenya plans to add 140 megawatts (MW) in emergency power from diesel generators to its grid by September in a bid to end outages that have disrupted industry in the country.

Last month distributor Kenya Power angered manufacturers when it said it would ration power to industrial zones in the capital and in western Kenya for three hours on alternating days due to a supply deficit.

The east African nation has an effective generation capacity of 1,400MW and consumption of 1,300MW, leading to a shortfall of 217 megawatts when factors such as reserve margins are included.

“There is nothing like the situation improving. Demand is already higher than supply so it is a question of mobilising some additional capacity to bridge the gap between demand and supply,” permanent secretary in the energy ministry Patrick Nyoike told Reuters in an interview.

Nyoike said Kenya planned to invite bids for the contract from private firms and to have extra capacity in place next month before water levels in hydropower dams start falling ahead of the country’s so-called short rains in late October.

“The proposal is to put in 140 megawatts, then rationing for industrial customers will disappear. We should be able to do it fairly fast before the drought strikes. The dams are going down fairly quickly and if you don’t move fast, you can get into a very devastating rationing,” he said.

The plan will lead to higher fuel imports into an economy whose currency is already more than 10% weaker against the dollar so far this year. Nyoike said failure to install additional capacity could do more harm to the economy than any impact on public finances or the balance of payments.

“The economic cost of not providing that energy is 84 U.S. cents per kilowatt hour. The cost of bringing that in is about 20 cents, so the net gain to the economy is 60 cents,” he explained. 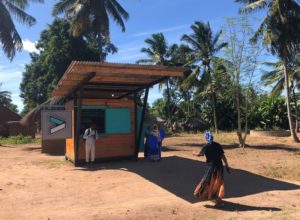 EEP Africa expanded work in 2020 as investment into Africa slowed