25 February 2013 – Kenya Power, the country’s sole electricity distributor, has proposed to Kenya’s Energy Regulatory Commission (ERC) that its electricity tariff be effectively tripled over the next three years for power supplied to the manufacturing sector, and increase by 150% for power supplied to residential sector customers, with the first increment to apply from March 2013. This proposal was made on the grounds that the existing tariffs are not sustainable in view of an ambitious capacity expansion and operating costs.

The increases for 2013 would be done in two increments, the first on the 1st of March and the second in July. Further increases would be made subsequently every year until July 2015. This would be a break from tradition where Kenya Power tariffs are reviewed after every three years, the last one having been in July 2008.

The regular review filed in February 2011 was pushed back after Kenya Power had applied to raise the rates by 25% from June 2011. The power distributor agreed to absorb the rising costs in the interim period but is now poised to pass a drastic, if graduated increase to consumers.

Reuters reports that according to a statement from the ERC, the power distributor is proposing to raise commercial rates charged to manufacturers by about 213% per unit of electricity to 2,500 shillings a month by June 2015. The proposal will also see its domestic retail tariffs rise by 150% to 300 shillings over three years, from the current 120 shillings per month.

Kenya Power plans to spend US$210 million on an electricity expansion project, US$530 million on other distribution projects and acquiring support equipment and US$200 million on improving its transmission system over the next few years. The country’s interconnected installed capacity currently stands at 1,672 MW, including 120 MW of emergency capacity. Kenya Power estimates that the country will need an additional 1,248 MW of electricity supply to meet the growing demand for power averaging five per cent on an annual basis.

However, analysts suggest that while the tariff review would be positive for Kenya Power the gains would depend on its ability to curb system losses. Kenya Power currently experiences a system loss of 17.3% and targets to lower it to 16.9% by 2016. System losses result from inefficiency in the power flow system and meter tampering and other forms of electricity theft.

The regulator has signalled its support for an increase in electricity tariffs, noting that the utility firm has absorbed rising operational costs besides its need to make big-ticket investment in its electricity distribution network. 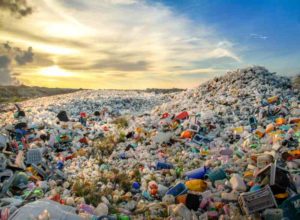 KenGen seeks to build a waste to energy plant via bidding...