In East Africa, Kenya Power (KPLC)  announced that it has secured €56 million ($60.8 million) in funding from the French Development Agency (AFD), which will aid the state-owned utility execute its Distribution Masterplan for 2012-2030.

According to the KPLC the funds will be used to reinforce and expand the distribution network of the power utility in three key zones of economic activity in Kenya, namely Mombasa, Kisumu and Nairobi.

Chumo said, “This financing is one of the first of its kind and is a clear indication that Kenya Power has come of age to directly access financial resources to invest in its network.” He was referring to that fact that this agreement has been undertaken with no sovereign guarantee from the Kenyan government.

He added that the institution’s financial support will allow KPLC to “improve the reliability and quality of electricity distribution, which is the primary role of Kenya Power.”

Once the Distribution Masterplan projects are implemented, they are expected to decrease the number of power shortage and increase the reliability of the network, the company said in a statement.

The projects are also expected to allow the company to reduce technical losses through improved energy efficiency of around 10GWh per year.

In addition, the reduction of technical losses is predicted to further improve the financial performance of KPLC, while reducing greenhouse gas emissions by approximately 4,000 tons of CO2 eq./ year. 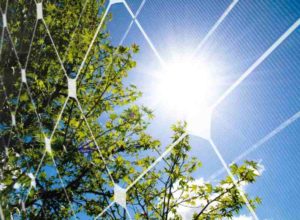