In East Africa, the Energy Regulator Commission’s (ERC) deputy director, Tom Simiyu is confident that there will a reduction in the amount of fuel cost payment included in the monthly bills because of the utilisation of hydro against commonly used fuel sources.

Recent data released in November indicates that electricity generation from fuel-driven thermal sources has reduced to 10.4% of the total power production, reports the Daily Nation.

Simiyu said “The reduced thermal generation comes with the benefit of [a] reduced fuel cost charge, which is a significant component in the electricity bills, hence reducing the price of electricity.”

According to the ERC there is the possibility of a further price drop as the hydro plants are expected to generate power at their full capacity because recent heavy rainfalls have impacted dam levels.

KenGen managing director and CEO Albert Mugo said “Hydro generation is the cheapest mode of generation and therefore any increase in its uptake by the off taker will displace an equivalent amount of other sources from the system. This can only result in the stability and predictability in the price of electricity to consumers.”

Meanwhile, Kenya Power, the power transmission and distribution company is set to change its billing system from paper to a digital system.

According to the company, the move is in line with plans to boost efficiency and the company could save an estimated Ksh60 million ($576,502) monthly.

Kenya Power’s CEO Ben Chumo, told The East African that the company has created a facility database to store customer details and to monitor the company’s networks, including transformers, distribution lines and metering systems.

Chumo also noted that 2.2 million post-paid customers moving to the digital system, will now receive their monthly bills via the internet and text messages on their mobile phone.

“We will be rolling out our fibre optic system to ensure that our network is able to communicate with anyone. We are taking the internet to rural areas,” Chumo said.

The World Bank website has promised to provide $250 million for the project which is estimated to be completed by June 2020.

According to the Kenya Power, the objectives of the project include creating metering control centres and enhance investment in IT infrastructure. 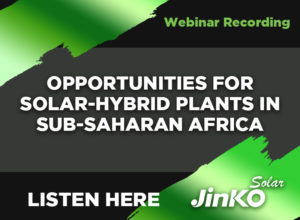