Eddy Njoroge, KenGen’s chief executive, said the company failed to meet the set energy production threshold because of the drought— mostly in the first half ended December—that saw its revenues adjusted downwards by Sh1.25 billion.

“With the good rains received early in the year, the short-term outlook is better, as there should be no adjustments in the coming year,” said Mr Njoroge in a statement.

The power generator relies heavily on hydroelectric dams and the poor weather that gripped the country last year reduced hydro power contribution to the national grid, prompting shift to thermal sources whose bulk of it is generated by independent private producers (IPPs).

Other companies such as Mumias Sugar and Tsavo Power are also eyeing the power generation market.

New entrants in the market have sliced KenGen’s market share to 47.5 per cent from 61.4 per cent in 2009, data from Kenya Power and Lighting Company (KPLC), which is the sole buyer of bulk power from the generating firms shows.

“This has been the best year for the IPPs as they took advantage of KenGen’s reduced capacity,” Kaburu Mwirichia, the director general at the Energy Regulatory Commission (ERC) said.

The steady supply from private investors has guaranteed KPLC adequate power and an opportunity to maintain steady profit growth.

KPLC announced a 15.6 per cent increase in net profit to Sh3.7 billion in the year to June due to increased electricity sales to consumers.

At the Nairobi Stock Exchange, KPLC’s share price rose 30 per cent in the last six months to Sh232 at the close of trading on Wednesday.

KenGen relies on hydro power, accounting for about 70 per cent of units it generates and most of its plants are concentrated within one area, factors contributing to its power supply woes.

The firm is now shifting focus to geothermal and wind generation in an attempt to reduce its reliance on the weather dependent hydro power. 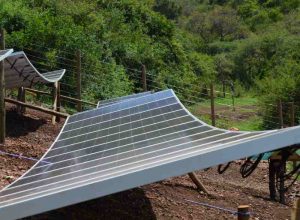