The company plans to raise the money for the project by appealing to private investors, and also expects the government to contribute capital. "We are exploring ways to finance the project. We have not raised any funds yet, but are working closely with the private public partnership (PPP) unit on how we can structure the project to be implemented as a PPP project." Because the government lacks funds, PPPs have become a popular method for financing infrastructure projects in recent years. Under similar agreements, private entities and government both contribute capital for projects.

However, unlike other arrangements, PPPs usually end up with the government as the owner of the asset. To be based at the port city of Mombasa, the plant will be fuelled by LNG processed at a facility located nearby and will reduce overreliance on the more costly heavy fuel oil KenGen has resorted to during dry spells.

Construction is expected to take up to five years. KenGen generates 1,414 MW from a mix of thermal, renewable energy and existing hydropower dams, while Kenya’s electricity consumption stands at 1,200 MW and is rising rapidly as the country strives to industrialise.

Njoroge says he expects the plant to provide 485 MW to the country and to have an economic life of 20 years. Once in production, the plant may be aided by several large natural gas finds off the coast of Tanzania and Mozambique. Njoroge says that gas will play a major role in fulfilling the region’s power needs in the coming years. 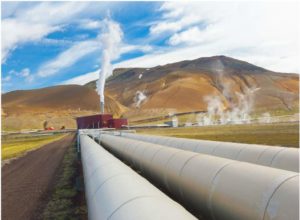