The 140MW Garob Wind Farm is located near to the old mining town of Copperton in the Northern Cape – approximately 35 km south of Prieska.

According to juwi MD, Greg Austin, the 5,500-hectare Garob site will accommodate 46 wind turbines, which will stand 162m from the ground to the tips of the blade, with an overall maximum export capacity of 140MW.

“A wind farm of this magnitude has the capacity to generate clean energy for 60,000 homes”, says Austin.

The Northern Cape is becoming the ‘renewable energy capital’ of Southern Africa as it has the highest density of solar and wind energy farms in the region, says juwi in a company statement.

Austin added that: “As one of the leading renewable energy suppliers globally, we’re very pleased to add this high-capacity wind farm to our fleet of renewable energy projects in Southern Africa.

“The Garob project follows hot on the heels of our current 86MWp solar construction outside Prieska in the Northern Cape, which we will complete in 2016.”

Garob landowners were first approached by juwi in June 2011 to negotiate and secure development rights. A met mast was installed the same year to record the meteorological conditions necessary for accurate development. The remainder of pre-bid development took place over the period 2012-2014.

For Round 4 of REIPPPP, juwi approached Enel Green Power (EGP), an Italian utility company, and a deal was negotiated whereby EGP would take ownership of the project when the project was awarded preferred bidder.

The project was submitted on 18 August 2014 in the 4th Round of REIPPPP with EGP taking 60% of the equity, Khana 30% and the Garob local community trust 10%. The project was awarded preferred bidder status in the second Round 4 allocation announced on 5 June 2015. 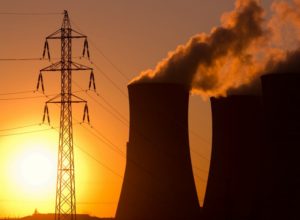