27 March 2012 – The Lake Turkana wind farm project in Kenya is scheduled to begin construction in June this year, following seven years of study and funding negotiations.

The US$775 million 365 turbine project in northern Kenya awaits only the World Bank risk guarantees, the head of the project development consortium, Carlo Van Wageningen, told AFP. He also said all the contracts were in place and that initial site work will include building a just over 200 km long road. This road will have to carry the heavy trucks which will transport equipment to the remote site.

A 428 kilometre transmission line will be built by Spanish company Isolux Corsan to link the wind farm to Kenya’s national grid. The wind farm is expected to start production of the first 50 MW in mid 2014 and reach its full capacity of 300 MW in early 2015.

This project is seen as a landmark one for Africa’s wind sector for a number of reasons, which have also caused scepticism about the project. Its distance from the grid is one of the hurdles highlighted by naysayers, and the associated need to build a long transmission line, resulting in the need for a large scale project. On the other hand, the project is also predicted to have a very high capacity factor with consistent steady winds.

In addition, unlike subsidised wind energy in other parts of the world, the Lake Turkana electricity will be sold to Kenya Power for 20 years at about US10c/kWh, which will lower the average cost of electricity in the country. 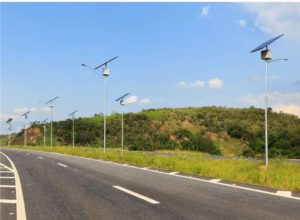