11 September 2012 – CIC Energy Corporation, which for several years has been trying to develop the Mmamabula coal mining and energy project, has been acquired by Jindal Steel & Power.The Mmamabula project proposed an export coal project, one or more power projects and a potential coal to hydrocarbons project.

Jindal is one of India’s major steel producers with a significant presence in the mining, power generation and infrastructure sectors.With annual revenue of over US$3.5 billion, Jindal Steel & Power is a part of the US$15 billion diversified Jindal group.

The CIC deal is valued at US$116 million, and according to CEO of Jindal Steel & Power, “This acquisition makes Jindal Africa the frontrunner for building a 1,200MW power plant in Botswana for the supply of power to South Africa.”

Jindal is also looking at building an up to 2,640 MW coalfired power plant in Mozambique’s Tete province. 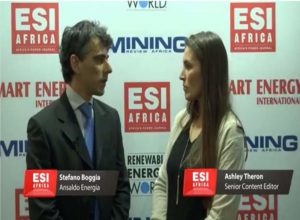