Nairobi, Kenya — ESI-AFRICA.COM — 09 November 2011 – Japanese trading firm Toyota Tsusho Corpporation and Hyundai Engineering Company of South Korea have won the bid to build new geothermal plants worth US$413 million in Kenya, in the process cementing their involvement in the country’s geothermal power generation.

An announcement here said the two companies would build a new 140megawatt (MW) plant and expand the capacity of another from 45 to 185MW, setting the stage for cheaper and more reliable power supply.

The Eastern consortium beat four other bids that included the Japanese Mitsubishi Corporation, which was involved in an earlier geothermal plant in Olkaria. Rival Chinese companies are now also showing interest in building geothermal power plants in Kenya.

“These projects mark the beginning of Kenya’s journey to transform its energy sector and put the country on the path to green economic growth,” said prime minister Raila Odinga during the signing of the deal here.

Geothermal capacity in the area will rise to a total of 430MW from the current 150MW by April 2014, when commercial operation is expected to start in what will help curb the increased use of expensive, but cheaper to install thermal power.

Currently, Kenya has power generating capacity of about 1,100MW, with hydro-power accounting for about 44%. But lack of water due to droughts has recently decreased operations, prompting the country to turn to expensive fuel-driven generators to match the rising demand for electricity. The fuel generators have lifted electricity prices 65% since the start of the year.

Kenya has potential to produce 7,000MW from geothermal power and is targeting production of at least 5,000MW by 2030. The green energy projects will help national utility KenGen earn hundreds of millions from carbon credits as it goes heavily into renewable power.

The increased activity in geothermal generation look set to renew the old rivalry between Japan and China for infrastructure projects in Kenya. 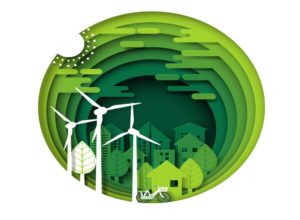 Paving the road for industry collaboration