Tokyo, Japan — ESI-AFRICA.COM — 14 March 2011 – International fossil fuel demand may rise today, with energy being the focus with investors more concerned over the immediate problem of how Japan will replace lost electricity generation capacity, than with the general negative impact of Friday’s massive earthquake on the economy.

But Reuters reports that volumes could remain small at the start of trade, as the market might look for clearer direction and await answers on how quickly Japan would be able to stabilise operations at its power plants and refineries.

Following the magnitude 8.9 earthquake and devastating 10-metre tsunami that has shut down ports, power plants and refineries, the immediate reaction of many investors was to extend the week’s sell-off across the commodities sector, leading to the biggest decline since last July.

“In the shorter to medium term, expect to see a lot more fossil fuel going to Japan. From as early as today we are likely to see a rise in LNG, oil and coal as the market gears up for greater Japanese demand,” said Commodity Broking Services managing director Jonathan Barratt.

But the problems at Japan’s nuclear power plants are even more alarming. Reuters reports from Sendai that Japan is fighting to contain what could be the world’s worst nuclear disaster in 25 years, following an explosion and leak from the facility’s No. 1 reactor in Fukushima, 240 km north of Tokyo, where there is believed to have been a partial meltdown of the fuel rods.

Nuclear plant operator Tokyo Electric Power (TEPCO) said radiation levels around the Fukushima Daiichi plant had risen above the safety limit but that it did not mean an immediate threat to human health.

“A key element of the disaster is its impact on the availability of electricity and fuel to support rescue and reconstruction efforts. The loss of 12 370MW of nuclear generation capacity and 10 381MW of thermal capacity has left an estimated 5 million people without power,” said Eurasia Group analysts Robert Johnston and Will Pearson.

“Over the coming weeks, LNG imports will likely jump as gas-generated plants come back online and/or ramp-up to replace the nuclear capacity which is likely to be offline for months or more likely, years.” 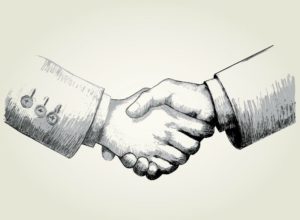