12 February 2013 – Environmental responsibility is a major factor in today’s power industry, and many countries around the world are working hard to get to grips with renewable energy generation, in light of implemented greenhouse gas emissions targets and carbon taxes.  However, problems do sometimes emerge in regards to pricing renewable energy competitively. GlobalData’s lead energy consultant asks whether Brazil can maintain its wind energy prices, and allow the country’s wind developers to profit from their projects, when national financial policies promote local turbine manufacturing above cheaper Chinese imports.

Jonathan Lane, GlobalData’s head of consulting for power and utilities, says, “Brazil’s latest wind auction, held on 14thDecember 2012, produced some of the lowest prices for wind generation outside of China.The A-5 auction awarded 10 wind projects with a capacity of 282MW for a price of US$43.3/MWh. Both prices and demand were down significantly from same auction held in December 2011 and for similar auctions in 2009. Developers that are awarded with Power Purchase Agreements (PPAs) in the A-5 auctions need to begin generation within five years and A-3 winners within three years.

“To put this price into context, the average 2012 wholesale electricity price in the USA’s North East Power pool was US$42.2/MWh, pricing Brazilian wind generation on a par with shale gas-fired US generation.”

But can Brazil’s wind developers really deliver profitable projects at this price? Or even for the R$99.85 to R$105.12 for the 83 projects awarded in 2011? GlobalData’s analysis suggests not, unless developers manage to drive down turbine prices significantly compared to international norms.

Most international wind developers would require an Internal-Rate-of-Return (IRR) of 10 -11% to develop a project. The key factors in achieving this return are the wind yield of the site which will determine the plant’s load factor, its generation and revenues, and the capital costs associated with the projects, including the turbine, tower, civil works, planning & consenting, grid connection and other costs.

Lane explains: “Vestas reported an average price of US$1.34 million per MW in Q3 2012 which would produce a typical IRR in Brazil of 0% at a 30% load factor. To achieve a 10% IRR the turbine and tower would have to be nearly free to charge. For an exceptional project with a load factor of 40%, turbine prices (including tower and warranty) would have to reach US$0.8million/MW, assuming the balance of plant costs remain fixed and grid connection is free, to achieve an IRR of 6%. This implies a 40% fall on Q3 2012 Vestas prices, where turbine prices were already severely affected by subsidy cuts and over-capacity in the wind turbine industry.”

However, if developers could source turbines from Chinese manufacturers such as Sinovel, they would then be excluded from the financing available from the Brazilian Development Bank (BNDES) which requires 40% local manufacturing. Brazil is therefore lacking the ability to simultaneously boost its wind generation and encourage local manufacturing.
Whilst there are examples of wind projects in Brazil using imported equipment from China and Chinese financing, it cannot be expected that this will become the norm. Therefore it seems that in the rush to secure projects many will not be built.

Whilst GlobalData’s analysis excludes revenue that would be made available by the UN’s Clean Development Mechanism, Certified Emission Reductions (CERs) prices have fallen below €1 (per tonne of greenhouse gas emissions offset) and so are unlikely to provide significant financial support in the short to medium term.

“Compare this to the situation in another emerging wind market, Turkey, and one can see how the economics in Brazil do not quite add up,” says Lane. “Turkey has a feed-in tariff of US$79/MWh available for projects that have 40% local manufacturing which will deliver an IRR of 11% and current turbine prices.

“Another useful comparison is South Africa’s Department of Energy (DoE) which has run two auctions for wind energy since 2011 and has plans for a third. In Window 1 of the renewable IPP programme PPAs were announced for 634MW of onshore generation at a price of R1,143/MWh (US$127.1/MWh) in December 2011. Window 2’s preferred bidders were selected on May 2012 where 563MW were approved at an average price of R897/MWh (US$99.7/MWh). Local content was also an important part of the RFP requirements with Window 2’s projects delivering 36.7% local content.” 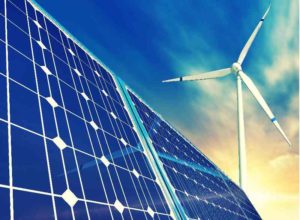