South Africa’s government plans to introduce a carbon tax in 2015, with the national treasury department having released its policy paper on the issue for final comments to be submitted by 2 August 2013.

The national treasury said upon release of the policy paper that the primary objective of implementing carbon taxes is to change future behaviour, rather than to raise revenue. It said that the tax therefore starts with a relatively low carbon price, which rises progressively and significantly after five to ten years, and beyond. It claims this approach provides industry and other major emitters with sufficient time to innovate and invest in greener technologies for the future.

Treasury says there are at least three ways in which a carbon tax will work to drive changes in producer and consumer behaviour and therefore address climate change. These are, first, that carbon pricing will encourage a shift in production and consumption patterns towards low carbon and more energy efficient technologies by altering the relative prices of goods and services based on their emissions intensity. Second, it says, carbon intensive factors of production, products and services are likely to be replaced with low carbon emitting alternatives. Thirdly, it says, a carbon price will create dynamic incentives for research, development and technology innovation in low carbon alternatives. 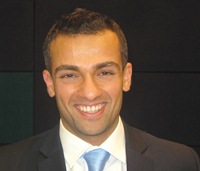 Rohitesh Dhawan, global head of
climate change and sustainability
for the mining sector at KPMG.

This tax rate has been set initially at R120 per tonne of CO2 emitted, increasing at 10% a year, during a first phase to extend from the first of January 2015 to the end of 2019. It will be followed by a second phase from 2020 to 2025, with further phases to be explored at a later stage. This makes the potential for extended increases of this tax open ended. In 2015 there will be an across-the-board basic 60% tax-free threshold of actual emissions below which the tax will not be payable, with an additional 10% reduction offered to certain sectors to allow for technical or structural limitations in the reduction of emissions. There will be up to an additional 10% reduction for emissions intensive and trade intensive sectors, e.g. iron and steel, cement, glass, etc. to take into account competitiveness concerns. Emissions from the agricultural and waste sectors will be exempt during the first phase. This complete exemption will be reviewed during the second phase. The electricity sector will qualify for a tax free threshold of up to 70% and some sectors will be able to qualify for a tax free threshold of up to 90% during the first phase.

Thus South Africa’s national treasury says that when the tax-free threshold and additional relief are taken into account, the effective tax rate will range between R12 and R48 per tonne of CO2 emitted, apart from the agriculture and waste sectors where the tax will be zero.

In May 2013 the South African National Energy Association (Sanea) hosted a panel discussion in Johannesburg to consider the pros and cons of the carbon tax to be implemented. Sanea chairman Brian Statham urged interested parties to submit comments on the policy paper to treasury. The panellists at the Sanea discussion covered a spectrum ranging between general support of and opposition to a carbon tax. However, while there was a general consensus that is appreciative of the role a carbon tax can play in helping South Africa become a good global citizen in mitigating climate change risks, all the panellists (Rohitesh Dhawan, global head of climate change and sustainability for the mining sector at KPMG; Gina Downes, corporate consultant on environmental economics at Eskom; Stephen Nicholls, programme manager – climate change and water at the National Business Initiative (NBI); and Shaun Nel, project director and advisor to the Industry Task Team on Climate Change (ITTCC) as well as advisor to the Energy Intensive Users Group (EIUG)) raised concerns about the policy as it stands.

“Carbon tax is a good idea, and it can drive behavioural change,” Shaun Nel says. “However, it is not the right instrument for South Africa. The impact on the economy will be negative in a country that has a high carbon intensity, much of which comes from a state owned entity. It is not a good idea to put into place policy that will drive away investment.” South Africa’s electricity sector is responsible for an estimated 48% of the country’s carbon emissions as a result of its dependence on coal. In its 2010/11 financial year, Eskom emitted 230.3 million tonnes of CO2 from power generation. 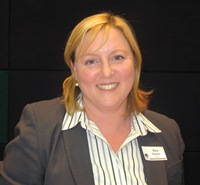 Gina Downes, the Eskom representative on the panel, pointed out, “As a regulated entity, Eskom’s production and nature of production is defined by a regulated process, which in so doing provides a pricing mechanism on carbon. The integrated resource plan (IRP 2010) was done through a scenario building process and it has an emissions cap built into that. The cost of the option chosen for IRP 2010 versus the lowest cost business as usual scenario equates to R116/tonne of CO2.” Downes says that with Eskom already having had its tariff increase request cut, and its last financial year’s profit standing at about R9 billion, the carbon tax would wipe this out, and ultimately the tax would flow through to consumers.

It is estimated by PWC that a carbon tax of R100/tonne will increase the cost of a kWh of electricity supplied by Eskom by about 10c. Downes notes that negotiations are underway at an international level for emission mitigation obligations of developing countries to be decided in 2015 and implemented in 2020. For South Africa to unilaterally make its own determination on a carbon tax preempts such plans and in that context is questionable.

Downes says, taking into account that the department of energy in South Africa has to consider issues of energy security and that the planning and implementation horizon of projects of the scale of Medupi and Kusile is in the order of a decade, not 12 to 18 months, such a tax will have little impact in optimising such decision making models. However, one possible impact of the tax could be to scupper life extension plans for Eskom’s existing coal fired power stations. While there appears to be a commitment by government to achieve a low carbon economy, it needs to think carefully about whether the skills base is in place to achieve this. If real options do not exist for people to use such a tax to change behaviour, then the tax is simply just a mechanism for the government to gather more money.

A supporter of carbon taxes, Rohitesh Dhawan, global head of climate change and sustainability for the mining sector at KPMG, says, “The carbon tax as per the policy document won’t immediately spur low carbon developments, and there is a need to provide a smoother transition for industry.” He says that the policy document leads to more questions and answers. “How does it protect the interests of the poor? It is part of a broad sweep of measures but that should not deflect one from looking at each prong of policy and ensure these prongs are not bent. The policy needs to be easy to implement and clear.”

It was hoped that the carbon tax would replace the existing levy on electricity produced from non-renewable sources such as coal and nuclear energy, and ensure a more transparent but neutral tax environment. However, this hope was squashed by the treasury which says this tax will not be abolished, since part of the revenue generated from this levy funds some of the demand-side measures currently being implemented by Eskom. This does to a degree contradict claims made of the carbon tax being earmarked for relevant flagship projects such as energy efficiency.

South Africa’s carbon tax policy paper released in May 2013 identifies a number of flagship programmes that require additional funding in support of climate change mitigation and adaptation, and to which the carbon tax will contribute. Among these is scaling up the country’s renewable energy programme in line with IRP 2010. There is also an energy efficiency and energy demand management flagship programme that builds on existing energy efficiency programmes, including Eskom’s. There is a carbon capture and sequestration programme, among others. In general, though, these flagship programmes, which are listed as appropriate destinations for the non-ring-fenced carbon tax funds, appear vague in their descriptions. 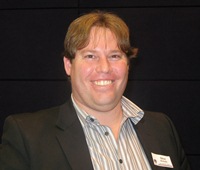 Stephen Nicholls says that transformation of an economy to a low carbon one will have winners and losers, but the question is how to finance the process. “At the moment the financial sector is of the fast follower model, and what the white paper on policy calls the flagship projects could represent the big bets the country is planning to invest in for its future. However, the government has probably not yet figured out how to use these flagship projects.”

Instead, though, many will sympathise with a view presented by a member of the audience during the Sanea panel discussion. This comment was based on that person’s discussions with treasury officials which implied that these socalled flagship projects were merely a sop thrown out to cloak the fact that the carbon tax is indeed predominantly a measure to boost tax revenue so that the government’s ruling party can keep promises it has made to its constituents.

The case for a carbon tax is that it is the most economically efficient means to convey crucial price signals and encourage carbon-reducing investment. The costs of a carbon tax are predictable and by establishing stable price signals can help business and consumers plan energy spending and provide greater certainty for investments in energy efficiency. It is economically efficient in that it is transparent, simple and can have a wide coverage. Because it can be implemented across a wide variety of economies, it is a suitable instrument for coordinated international action on reducing greenhouse gas emissions. As a source of revenue, a carbon tax could assist in the reduction of other taxes and/or be redirected to mitigate the economic impact on those most affected by the introduction of the carbon tax. These were some of the arguments put forward by Australia when it planned to introduce carbon taxes. 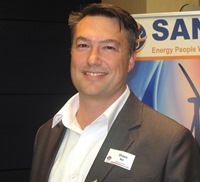 But is it appropriate for South Africa at this point, particularly as it is being introduced as an additional tax? In South Africa, such a tax could spur investment in energy efficiency means, and boost economic activity in that manner. Planners and promoters of energy efficiency projects within various corporations may secretly hope for such a tax, as it may aid them in getting such projects past boardroom approval hurdles. Apart from consultants in the sector, another grouping that may like to see a carbon tax is those in the carbon trading environment. However, with the bulk of the carbon emitted coming from only two entities, Eskom and Sasol, it may limit carbon trading opportunities; thus the boost it may provide to that particular market may not be as large as expected.

So, while talk of meeting moral obligations on climate change risks is nice, considering the limited manner in which consumers in South Africa and others can respond, and the negative economic impacts of such a tax on a country whose electricity price has to remain competitive, is a carbon tax appropriate for this country at this point? Certainly not.

Facebook
Twitter
Linkedin
Previous articleNersa decision means Eskom has to re-engineer itself
Next articleLED lamps at 100% after 25,000 hours