The Integrated Resource Plan (IRP), which outlines the country’s national electricity roadmap that includes a dynamic energy mix to meet demand, has recently seen the long-awaited IRP 2018 published and open for public comment.

ESI Africa has highlighted five stand-out items in the draft plan to bring to the fore; New installed capacity vs resultant installed capacity; Change of assumptions since the promulgated IRP 2010–2030; Scenario analyses results; Dates of plant decommissioning up to 2050; and Embedded generation.

The resultant installed capacity mix in the year 2030 and percentage will consist of:

In response to the draft IRP2018 Update, the South African Wind Energy Association congratulated the Department of Energy for ensuring that the draft IRP 2018 places emphasis on “least-cost” options to 2030 with the significant new wind, solar PV, and gas allocations.

“By 2030, Wind should make up just over 15% of the country’s power mix, assuming that all 8,100MW of new procurement is achieved by then, bringing onshore wind to 11,442MW in total,” said Brenda Martin, CEO of SAWEA.

Martin added: “Energy investment choices made in the IRP 2018 update will have long-term effects for the economy as a whole, and the successful, timeous achievement of the energy transition. “It is therefore critical that public inputs call for the finalised Integrated Resource Plan to be based on choices that allow for transition-related investment certainty and job-creating local manufacturing growth in particular.”

The IRP2018 Update draft mentions that various key input assumptions have changed from the promulgated IRP 2010–2030, which include:

For the period ending 2030, applied policy adjustment and considerations in the final proposed plan are as follows:

4. Dates of plant decommissioning up to 2050

Coal: The full impact of decommissioning the existing Eskom fleet was not fully studied in the IRP Update. However, it was noted that over the Update planning period, close to 75% (just under 30 GW) of the current Eskom coal fleet would have reached end-of-life by 2040.

Nuclear: Koeberg is expected to reach end-of-life by mid- to late 2040, based on a normal 60-year lifespan.

OCGT: plants in South Africa are operating on diesel and about 3GW is expected to be decommissioned by 2025.

Wind: Wind capacity signed under REIPP Bid Window 1 will be decommissioned by 2035.

PV: Close to 1GW of PV capacity will be decommissioned by 2040.

The IRP Update has allocated 200MW per annum through to 2030 for embedded generation for own use allocation between 1MW and 10MW, which is unpacked in the Update’s Appendix E. The addendum highlights various activities for each 1MW-10MW whether it is grid tied or not, noting that all activities listed must comply with licensing requirements as regulated and administered by NERSA.

South African law firm Cliffe Dekker Hofmeyr, has highlighted that the IRP update acknowledges that the significant change in the energy mix post-2030 is highly impacted by the assumptions used and that a slight change concerning the assumptions can alter the path chosen.

“It is therefore critical that the IRP Update, when finalised, is approached as it was intended to be, as a living document that is regularly reviewed and updated.

“The IRP Update states that the review and outcome imply that the pace and scale of new capacity developments needed up to 2030 must be curtailed compared with that in the IRP 2010. Effectively this means that the following IPP programmes will likely not continue: the Coal Baseload IPP programme (beyond the current two projects being procured), the Co-Generation IPP Programme and the Small Renewable Energy IPP Programme,” the legal firm explained. Read more: Bumpy ride ahead for draft IRP2018 energy plan

A sixty-day window from the publication date – 27 August 2018 – has been set for public comment. 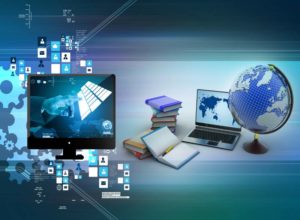