On Monday, Globeleq, a company owned by UK-based private equity firm Actis, announced that the sale and transfer of Globeleq Africa, an extension focused on African power generation, has been finalised.

The independent power producer (IPP) was sold to a company owned by Norfund, the Norwegian investment fund for developing countries, and the UK state development finance institution, CDC Group.

The Norwegian investment fund accepted a 30% stake in the African IPP for a final cash consideration of $227 million, Actis said in a statement.

The private equity company, which focuses primarily on emerging markets, said that CDC  has transferred its interest into the new company owned jointly with Norfund. Additionally, CDC already has a majority indirect investment in Globeleq Africa through the Actis Infrastructure 2 fund.

Actis has invested over $350 million in Globeleq Africa in the past seven years, enabling the IPP to increase its installed generation capacity to 1,234MW, almost double its initial capacity.

Through the financial investment, Globeleq Africa was able to support the third phase expansion of the Azito power plant in Cote d’Ivoire, converting it from a single-cycle to a combined-cycle gas to power facility.

This transition increased the plant’s installed capacity by almost 50% (to 432MW), which according to Actis, has eliminated “the need for additional gas, this has significantly contributed to the stability of Côte d’Ivoire’s power sector.”

Commemorating the completion of this project in July, Mikael Karlsson, Globeleq’s CEO expressed: “This clearly demonstrates what can be achieved when governments, the international financing community and the private sector act in close cooperation to develop sub-Saharan Africa’s energy sector.

“Azito provides a blueprint for the development of similar power projects, both in Côte d’Ivoire and West Africa as a whole.” 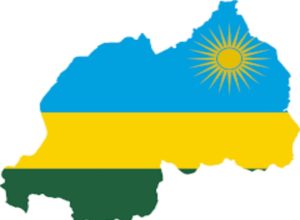