3 July 2008 – A fund to support investments in the Mozambican energy sector has been set up by Mozambique and Portugal. The fund, which will focus on clean energy, will be managed by Sociedade Financeira de Appio ao Desenvolvimento (Development Aid Financial Support Company – SOFID) in close cooperation with the Mozambican government.

ortugal has pledged to raise US$124 million for the fund, to be used for projects proposed by Mozambican or Portuguese individuals or companies.

According to a news report “this money corresponds to the additional value that Mozambique was obliged to pay Portugal for a majority stake in Hidroelectrica de Cahora Bassa (HCB), the company that runs the Cahora Bassa dam on the Zambezi.“

Salvador Namburete, minister of minerals and energy, who signed the fund agreement this week, said the investment was the result of a commitment by the Portuguese government during the HCB negotiations.

"We cannot say exactly when the agreement will start being implemented, but this is a starting point, and technical teams from both countries are now to start working to define the management of the fund", he said.

"This money will invested in projects of clean energy that, directly or indirectly, will contribute to reducing the effects of climate change as part of the Kyoto Protocol. This expresses our commitment during the HCB negotiations that conditions were to be created to reinvest some of the money involved," he added. 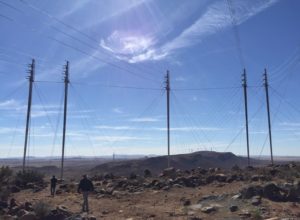 In brief: Powerlines and network resilience