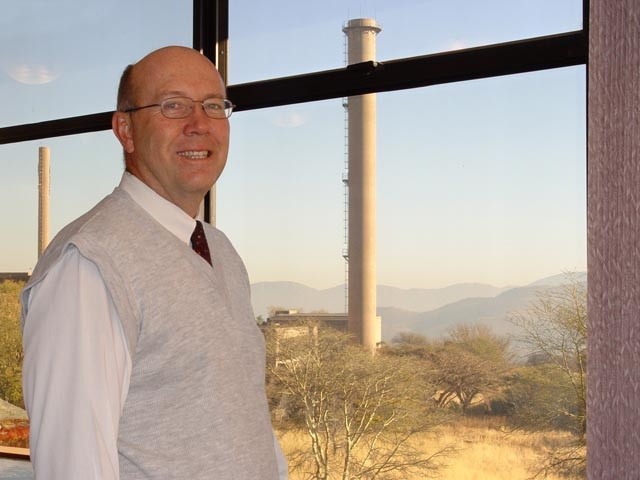 Nuclear energy retains an aura of mystery and controversy in the public mind but as an industry it would seem that its light is beginning to shine again. A glance at the activity of the uranium price over the last years will serve as a clear indicator that broad sentiment is positive regarding nuclear technology. Like the well-known hockey stick graph that depicts global warming, so the uranium price has taken a sharp upturn of late. The driving forces for this incline are manifold, ranging from the economics of energy provision to global warming.

A nuclear physicist by training, Dr Rob Adam was appointed CEO of the Nuclear Energy Corporation of South Africa (NECSA) in March 2006. His credentials are impeccable. Besides being the Director General of the Department of Science and Technology, Adam showed great commitment to the struggle against apartheid, having served two years in jail for his work with the then-banned African National Congress. Over an interview in Cape Town recently, Dr Adam spoke to ESI Africa about the technology and the plans behind the technology that is causing all the fuss.

What is the primary work of NECSA?
NECSA really works with nuclear technology as it is applied. We’re essentially a centre for Research and Development and have had a focus on Pebble Bed Modular Reactors (PBMR) and medical health applications. Most of our research is performed in the broad field of Material Science. We use “probes” of various types of radiation to delve into the structure and composition of materials. For example, we can use diffraction to look at the crystal structure of a material and so determine what type of stresses it may have been subjected to. Or we could bombard a chosen material with protons and measure the energy of the x-ray emitted to find out what it is made of. The main techniques we use are diffraction (DIFF), neutron radiography (NRAD), ion beam analysis (IBA), fast neutron science (FNS), and small-angle neutron scattering (SANS). The radiation “probes” come from 2 main sources: the SAFARI-1 research reactor and the 4 MV Van de Graaff accelerator on the NECSA site. SAFARI-1 provides us with thermal (slow) neutrons for neutron radiography, scattering and diffraction. The Van de Graaff accelerator provides protons, alpha particles and a host of other ions for ion beam analysis, as well as high-energy neutrons for fast neutron science.

What is the short term outlook for PBMR technology in South Africa?
South Africa will have its first PBMR by 2012 which will generate 166 MW. There are a number of factors to understand in terms of the role and the safety of this technology. Most important to understand is that a Chernobyl-type meltdown is impossible with this technology. The primary reason for that disaster was the extremely high temperatures at which those plants run. PBMR has a very low running temperature — low enough for the fuel not to fail and to avoid component failure. The other advantage is the size of these reactors. Being as small as they are, they are ideal as “cellular” power generators. Of course, it needs to be understood that they are not a solution for mass power generation. The price/ MW is relatively high and the future for the technology is definitely going to be more niche-market, such as mining companies with very particular energy demands.

South Africa has announced that it is going forward with the commissioning of a second conventional nuclear rector? What is the future for nuclear power generation in the country?
We expect further conventional plants to be built in the Western Cape province, with the first – of about 1 GWe – being on line by 2014 and probably using French or Westinghouse technology. Nuclear capacity will increase to about 27 GWe, supplying 30% of electricity, by 2030, including 12 new large pressurized water reactor units and an initial set of 24 PBMRs.

That’s a very bullish prediction. What has changed in the perception of nuclear power technology that has increased its acceptability?
Climate change has made a clean technology an absolute imperative. Equally, there have been vast improvements in terms of safety specifications and these two factors seem to have dovetailed into a reality that nuclear power has a certain future. Comparing nuclear and, say, gas generation, the costs are low as compared to wind and solar power.

One of the key issues around any nuclear power projects is waste management. What does NECSA have planned in this regard?
NECSA currently operates the Vaalputs nuclear waste depository, in Namaqaland, and has for been receiving low and medium level nuclear waste from Eskom’s Koeberg nuclear power plant. necsa’s own low and intermediate level waste is currently being stored at Pelindaba, west of Pretoria, but negotiations could lead to permission to dispose of this material at Vaalputs, as well. The hazards to health associated with a well-managed depository are actually very low. High level waste (essentially spent nuclear fuel) emits a great deal of heat and requires special treatment; but this at present is not within Vaalputs’s brief. Koeberg’s high level waste is currently stored on site.

Vaalputs is operated by NECSA’s nuclear liabilities management division. As regards the future of nuclear waste, the Department of Minerals and Energy will establish a National Waste Management Agency by 2014 and the first step will be to identify an appropriate site for the high level waste, which entails very detailed geological surveys. One of the key controversies surrounding waste is political: the Not-in-my-back-yard — or NIMBY — syndrome. It has to be managed extremely sensitively. I would say it is more a political problem than a technical one. One interesting fallacy is that nuclear technology increases radioactivity in the environment; the opposite is true — it actually reduces it because it’s being used.

One final question: What about technical capacity? Do we have the expertise to oversee and implement this growth in nuclear generating capacity?
In a word — no. We don’t. As is the trend in most engineering sectors, we have the mature expertise — people in their 50s and 60s and the much younger ones in the 20s. The only way to fill gap is to import people. There is no other way. 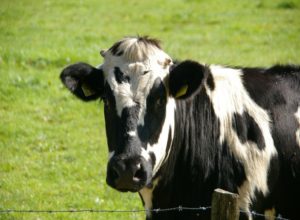