Johannesburg, South Africa — ESI-AFRICA.COM — 30 June 2011 – South African national power utility Eskom Holdings has conceded that it would probably be unable to recruit enough people with specialised skills to meet the deadline for completion of the two coal-fired power stations currently under construction.

Eskom chief operating officer Dan Morokane told the public enterprises portfolio committee here that Eskom would be able to train only about 600 of the 1,500 welders required over the next six years. These specialised workers were needed for the completion of the Medupi and Kusile power stations, and South Africa’s short-term energy security depended on finishing the two projects by 2017.

Eskom’s submission clearly indicates that the building projects will be held up without sufficient welders, and the utility told the committee that the recent protest actions by South African workers at the power stations against the use of foreign welders, represented a significant risk for the projects’ completion.

The protests, just before the local elections, had led to violence and forced construction to a standstill. 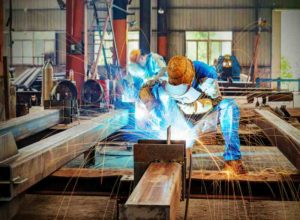