Mumbai, India — ESI-AFRICA.COM — 22 February 2012 – Growing demand for power in India “’ plus a rapidly increasing shortage of thermal coal in the country “’ has pushed it to surpass China as the world’s biggest thermal coal importer, with prime minister Manhoman Singh seeking supplies that have halted plans for US$36 billion of new power plants because of the fuel shortage.

Purchases from abroad may exceed 118Mt this year in India, compared with China’s 102Mt, said Daniel Hynes, director of commodity research at Citigroup Incorporated in Sydney. Imports may rise after the government ordered state- run Coal India Limited to plug a local shortfall with foreign supplies, according to analysts at Sanford C. Bernstein & Company

India’s forecast emergence as the world’s biggest coal buyer underscores a dearth of domestic fuel that prompted companies from billionaire Anil Ambani’s Reliance Power Limited to Adani Power Limited to mothball planned expansion of electricity capacity. India’s US$1.7 trillion economy grew at the slowest pace in two years from July to September as power and factory output slowed. For its part, China is adding twice as much coal production capacity this year as in 2011, according to the National Energy Administration, reducing its import needs.

“Coal shipments to China will get diverted to India,” Hong Kong-based Bernstein analyst Michael Parker said in an interview. “In China, power consumption growth rates will continue to decline and coal production and transport capacity growth are rapidly improving.”

The deficit between the demand and supply of domestic coal in India may rise as high as 150Mt by 2014 if the country fails to increase local supplies by 6% this year, according to Hynes. The nation is seeking to improve infrastructure to achieve an average economic growth rate of 9% percent in the five years starting April 1.

Thermal or steam-coal imports by China will drop this year by about 40Mt, an amount that may be bought by India instead, Parker said. China’s purchases rose 17% to about 138Mt last year, excluding coking coal used to make steel, customs data shows.

China will add 200Mtof coal-production capacity this year, twice as much as in 2011, according to the National Energy Administration. Power consumption increased 12% last year and may increase 8.5% this year, the official Xinhua News Agency reports. Coal output increased 11% in 2011 and may grow 6.6% in 2012, Bernstein estimates.

India imported 81.1Mt of steam coal for its power plants in 2011, according to New Delhi-based Inter-ocean Group, a shipping brokerage. Annual overseas purchases may rise by 74%, or 60Mt, in four years, according to K. Raja Gopal, CEO at the power unit of Lanco Infratech Limited “’ India’s second-largest non-state power utility. 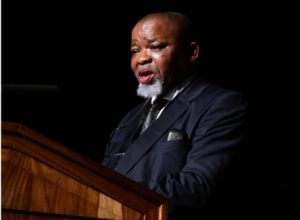