Windhoek, Namibia — ESI-AFRICA.COM — 14 October 2011 – Strong water inflow into the Kunene River at the Ruacana hydro power station allowed Namibia to generate more electricity and be less dependent on imports from April to June this year.

According to the Bank of Namibia’s latest quarterly report, Namibia generated 0.3%more electricity in the second quarter than it did in the first three months of the year. Compared to the same quarter of 2010, the country generated 4.2% more electricity.

These better inflows meant that Namibia had to import 0.1%less electricity than the previous quarter. On a yearly basis, however, imports rose 0.8%.

Electricity consumption in the second quarter was up slightly compared to the first, increasing 0.1%. Similarly, on a yearly basis, the consumption of electricity rose by 2.8%.

“These increases on both a quarterly and yearly basis were as a result of the re-opening of two copper mines, and rising demand from the country’s Ohorongo cement factory. 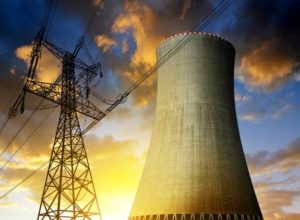