Johannesburg, South Africa — ESI-AFRICA.COM — 09 December 2011 – The Industrial Development Corporation (IDC) says it has set aside a total of R25 billion for the development and financing of industries that will enhance South Africa’s transition to a green economy.

This amount will be spent over the next five years, the state-owned finance agency said in a statement here.

The IDC is already funding 12 of the 28 preferred independent power producers (IPPs) announced by the department of energy yesterday. “We have approved R5.2 billion towards the implementation of the 12 projects,” said Rentia van Tonder, head of the IDC industries business unit.

The IDC’s backing of these 12 IPPs is based on broad-based black economic empowerment participation by communities, and stands to further enhance the localisation of green industries in South Africa.

The department on Thursday released its first list of preferred IPPs after a request for proposals closed early November.

“From Phase 1 of the large-scale renewable project, 53 bids amounting to 2,128 megawatts (MW) were received across wind, solar PV, solar CSP and small hydro. The evaluation resulted in 28 bids with a total of 1 416MW being selected as preferred bidders,” said the department.

South Africa wants to procure 3,725MW of renewable energy through this process.

According to the integrated resource plan, a 20-year projection on electricity supply and demand, about 42% of electricity generated in South Africa is required to come from renewable resources.

There are five window phases in which potential bidders can submit their bids to provide power, with the second deadline in 2012. 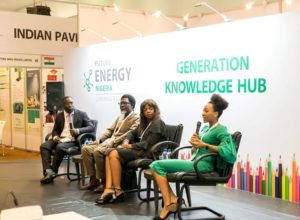