19 April 2013- The International Hydropower Association in its 2013 report notes that development of hydropower along with other renewables is now an explicit priority for many African countries.

Zambia completed civil works on the 2 x 360 MW machines at Kariba North Bank and work has started on the 120 MW Itezhi-Tezhi hydropower station. The year 2012 also marked the completion of Uganda’s 250 MW Bujagali station, the largest private sector investment in the country’s history.

With the completion of Bujagali, Uganda’s electricity production exceeds its demand for the first time, and industrial operations will no longer be faced with the daily outages that have compromised the country’s progress. Although demand for electricity will continue to rise above current capacity, Bujagali represents a major landmark for the country.

Ethiopia continues with major hydropower development, including the Grand Renaissance Dam and Gilgel Gibe III. Additional projects include Chemoga-Yeda I & II, Helele & Werabesa and Genale Dawa III. The 1,870 MW Gilbel Gibe III is closest to completion and started filling in late 2012. It is expected to be operational in mid-2013 when it will be the largest operational hydropower plant in Africa. Construction has also started at the 6,000 MW Grand Renaissance dam. As well as supplying electricity for domestic use, the project’s output will be exported to neighbouring countries. In addition, the Grand Renaissance project will store the seasonal flows of the Blue Nile River with the aim of improving water supply and reducing flood impacts downstream of the dam.

In October 2012, Equatorial Guinea inaugurated the 120 MW Djibloho hydro power project on the Wele River. Djibloho will increase the country’s electricity supply to 220 MW and will meet approximately 90% of the demand on the mainland area.

The Democratic Republic of Congo (DRC) has the largest unexploited hydropower potential in Africa with only 2.4 GW of its estimated 100 GW developed. Development of the planned 4,300 MW Inga 3 hydro power project was reaffirmed in late 2012 although construction is yet to begin. In August 2012, the DRC signed a draft treaty with South Africa for the development of the 40,000 MW Grand Inga hydro power project. The agreement foresees construction of extensive transmission lines to neighbouring countries.

With at least 23 GW of unexploited hydropower, Cameroon has Africa’s second largest potential after DRC. Only 3% of this potential has been harnessed at with around 800 MW of installed capacity. The main three operating projects are Edea (264 MW), Songloulou (398 MW) and Lagdo (72 MW). For decades, poverty eradication has been given priority over investments in the energy sector, but in recent years policy-makers have reconsidered the role of reliable electricity services in bringing socio-economic development. To meet growing domestic electricity needs, there are now three additional hydropower projects under construction: Lom Pangar, Memve’ele and Mekin.

The 56 MW Lom Pangar project is planned upstream of Edea and Songloulou. By serving as a regulating dam to reduce seasonal variability, it will increase year-round production at the downstream projects and respond to water service needs in the region. The project will also reserve 30 MW for rural electrification. It is scheduled to be fully operational in 2016. 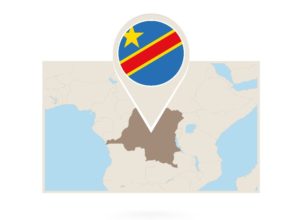