26 April 2012 – Johannesburg recently released its integrated development plan for 2012 to 2016. The city, which has some four million residents, is the hub of South Africa’s economy, and it also has two power stations capable of generating about 600 MW.

Among the city’s integrated development plant’s numerous goals are those of reducing inequality and shifting to a low carbon economy. South Africa is the world’s 15th largest emitter of CO2 , and the eighth worst in terms of the correlation with national GDP and emissions. Johannesburg’s economy mirrors this in terms of sources of energy and the extent of carbon intensity.

A report done by the city in 2008 notes that 66.7% of its total CO2 emissions were from electricity with the two second largest contributors including petrol and diesel.

One of the city’s flagship programmes is the development of integrated waste disposal and treatment systems, and solutions that simultaneously deal with waste issues and the city’s need for reliable, affordable energy. Other focus areas are the roll out of smart metering, strengthening of existing substations, installation of solar water heaters as well as creating an integrated regulatory environment towards promoting green buildings.

City Power, the arm of the city government that manages the provision of electricity, received an allocation of R944 million for its 2012/13 year. Of this, R179 million has been allocated to the ongoing construction of an intake at Sebenza, which takes power from the Eskom grid for the north of the city. The project’s ultimate cost will be about R800 million and aims to provide a stable supply of bulk energy for the northern areas of the city.

Planning for a fourth intake for the city at Rivasdale in Soweto is set to begin in 2012/13 and R10 million has been set aside for the project in this financial year. The project is set to cost the city about R800 million and aims to provide a stable supply of bulk energy for the southern areas of Johannesburg.

Other major items are R60 million allocated for the upgrading of identified 88 kV overhead lines, and R120 million to be used to install smart meters, which will allow for automatic centralised meter reading, so that meter readings will not have to be undertaken manually on a monthly basis. Another R47 million will be spent on new connection service related projects predominantly in the north of the city. Some R20 million has been budgeted to convert large power users within the city to an automated meter reading (AMR) system, so as to improve the service offered to industry. 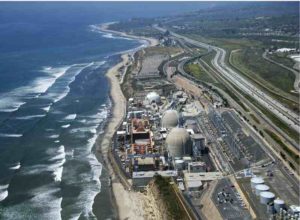