13 November 2007 – Construction of the boiler and turbine for the Medupi power plant have been awarded to Hitachi of Japan, and Alstom of France respectively, Eskom has announced.

The contracts – the biggest awarded in Eskom’s history – have a combined value of US$4.8 billion – US$2.9 for the boiler and US$1.9 for the turbine. According to Brian Dames, Eskom Enterprises managing director, work on site is due to start in early 2009.

Eskom are in discussions with Alstom and Hitachi to provide turbines and boilers for another coal fired power station – this one near Emalahleni, thereby standardising equipment and optimising delivery of the construction programme, says Dames.

As much as half of the value of the contracts will have to be procured locally, as set out in the objectives of the Accelerated and Shared Growth Initiative, and the companies have committed to employing as much local labour as possible. At its peak, it is estimated that 9 000 people will be employed on site, most of them local.

Due to the technology which is to be used in the Medupi project, the boilers will use less coal and require 25% less water, making the plant more efficient in terms of resource utilisation. Additionally, there is a 25% reduction in emissions, which makes the plant more environmentally friendly said Klaus-Dieter Rennert, COO of Hitachi Power Europe at the signing ceremony.

Medupi is the first coal fired power station to be built by Eskom in 20 years. The 4 800MW power station is part of Eskom’s programme to increase generation capacity in South Africa.

Once completed, Medupi will be the largest dry-cooled power station in the world. 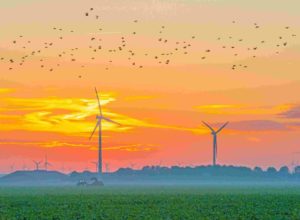